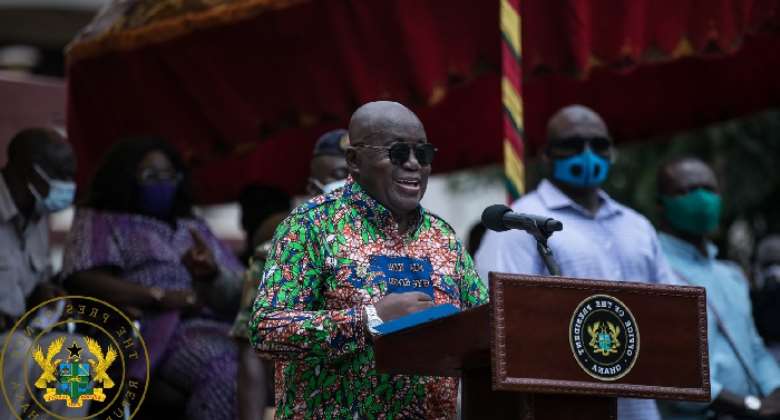 I have intercepted some write ups supposedly coming from NPP-government communicators purporting to justify the current system's unguided governance and its associated economic mess caused by its classical incompetence and blatant dissipation of public funds through organised systemic corrupt practices under the superintendence of the "mother serpent of corruption", president Nana Akufo-Addo, to borrow the lexical expression of Lawyer Alamisi Martin Amidu, using former president John Mahama's past administration shortfalls. I find that very illogical and a laughable argument, to say the least!

In any magnitude of circumstance, I do not speak/write in defence of John Mahama for what he did or didn't do, but I find the attempt by NPP- government communicators to justify the mess created by President Nana Akufo-Addo administration using Mahama's past actions or inactions, very worrisome, and that to me, amounts to a mark of disloyalty to the state. I think they better stop the needless justifications or equalizations thereof and eat a humble pie!

It is very refreshing to state that the then candidate, Nana Akufo Addo, promised Ghanaians heaven full of rose 🌹 for which reason Ghanaians had to vote him into power. But ridiculously, and indeed, very shamefully, it turned out that he was just peddling lies and falsehood because of his desperation for political power! Now, he has proven beyond any thought of semantic doubt that he is worst than John Mahama. So it is therefore very unintellectual, unpatriotic and unnationalistic for any citizen of this country to attempt to defend the current administration's woes or justify the economic mess created by this first class incompetent and corrupt administration by alluding to a government that was voted out of power because of your deceptive politicking!

Let's accord former president John Mahama some level of dignity and honour for not only what he did, but also for him being singularly honest and truthful to Ghanaians for which reason he was booted out of power. Honesty and truthfulness which are the hallmarks of great leaders should be upheld at all times by leaders in authority. And this was, indeed, John Mahama's weakness, and he should be celebrated for that and not bastardised unfairly by self-seeking government appendages.

Your boos reflects the voices of the citizens; forget the se...
4 minutes ago

Our SinoHydro road projects has silence NDC, when we talk th...
27 minutes ago