Human rights group alarmed over treatment of journalists in Morocco 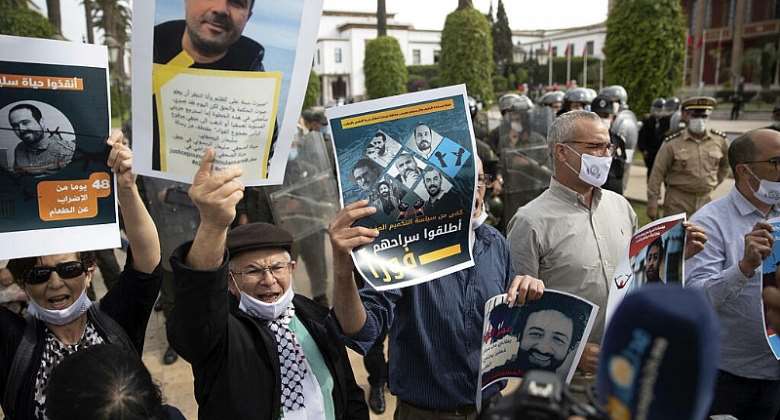 Morocco is jailing journalists after flawed trials for non-political crimes, particularly sexual ones, in order to silence them – part of a range of "techniques of repression", according to a statement from the organisation Human Rights Watch.

"Moroccan authorities have developed and refined a full manual of techniques to muzzle the opposition, even as it claims to be simply applying the law against them in a neutral manner," Human Rights Watch said.

The New York-based group presented the findings in a 129-page report focusing on eight journalists and public figures prosecuted in cases it said were really "veiled political attacks".

It accused the Moroccan court system of "procedural flaws that taint the handling of these cases".

Two of the most prominent cases concern Omar Radi and Soulaimane Raissouni, both sentenced on appeal this year on sexual abuse charges to six years and five years in jail, respectively. Radi was also accused of "espionage".

Another journalist, Taoufik Bouachrine, was jailed in 2018 for 12 years on accusations of rape and people-trafficking, a sentence increased to 15 years on appeal by the public prosecutor.

All three have a history of critical reporting on the country's authorities, and they have all denied the charges against them.

"There is a climate of inquisition," said Hicham Mansouri, a journalist who obtained asylum in France after spending 10 months in prison in Morocco for adultery. “Sex, drugs, alcohol … if they can't find anything, they'll fabricate accusations [against you]."

Morocco has insisted that its justice system is independent and that the cases had "nothing to do" with the men's work as journalists.

HRW however said that "trials targeting opposition figures are often marred by serious violations of the right to due process".

It cited the "prolonged and unjustified" twelve month pre-trial detentions of both Radi and Raissouni – the longest allowed under Moroccan law.

HRW also accused pro-government media outlets of "ferocious defamation campaigns" against Radi and others, which included revealing personal details of family members in what HRW said was an effort to intimidate them.

"The international community should open its eyes, see the repression for what it is, and demand that it stops."

Morocco denies the allegations and has opened libel cases in France and Spain against journalists making the claims.

HRW urged Rabat to "respect the right to peaceful expression" and "put an end to the methods used against critical journalists, human rights defenders and civil society activists".

It said its report was based on interviews with 89 people both in Morocco and abroad.

Morocco accepts their observations but "refuses the bad faith exploitation of the reports for political purposes" he said.