Instead of insulting us, you should've explained the cathedral's grand putrefying deception — Ablakwa jabs Akufo-Addo 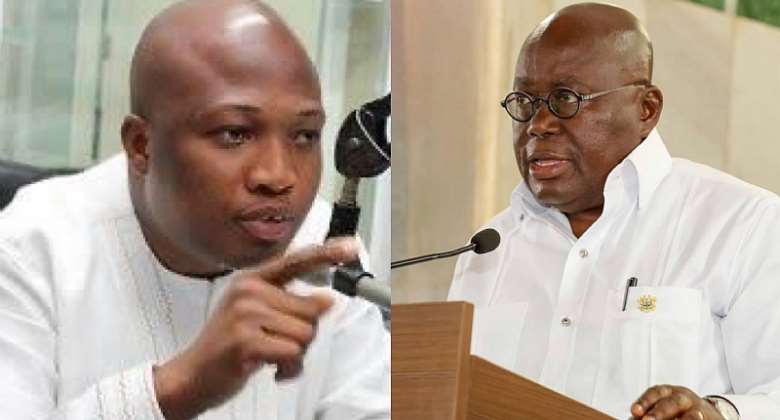 Speaking to some Catholic Bishops at the 19th plenary assembly of the Symposium of Episcopal Conferences of Africa and Madagascar at Christ the King Church in Accra On Tuesday, July 26, President Akufo-Addo addressed the controversy surrounding the National Cathedral project.

He outlined the benefits the nation and the entire African continent stand to gain from the project when completed.

The President indicated that there will never be an appropriate time to construct a national cathedral.

“Our National Cathedral would provide an interdenominational space for worship, and will serve to insert God at the centre of our nation building efforts, providing an official venue of worship for state occasions in a nation that is predominantly Christian, that is a nation where more than seventy per cent (70%) of the people are self-confessed Christians.

“It will also serve as a fulcrum for propagating the Christian faith, unifying the Christian community, and serve as a tribute to religious liberty. But, more importantly, it will serve as our collective thanksgiving to the Almighty for the blessings He has bestowed on our nation, sparing us the ravages of civil war that have bedevilled the histories of virtually all our neighbours, and the outbreak of mass epidemics,” he explained.

Regarding the calls for its suspension in the face of the economic hardships the president said “My personal view has always been that, even though the Cathedral will be very much a national institution, the cost should be largely borne by the Christian community, with the state providing the land and initial funding to get the project off the ground.

“Looking through the history of all the great cathedrals of the world, there has never been, what can be called, ‘an appropriate time’ to build a cathedral.”

In a tweet spotted by this portal today, Wednesday, July 27, the MP who has been accusing the government of deception over the allocation of GHS200 million taxpayers' money to fund the project without recourse to the state or parliamentary said the President's speech was nothing more than an insult.

“President Akufo-Addo deliberately failed to address the real and germane concerns of the Ghanaian people in his latest rather obfuscating and offensive speech on his infamous national cathedral project.

“These are the fundamental issues he refused to address:

“Why did he and his government engage in a grand putrefying deception about the true funding model?

“What is the specific amount of taxpayer funds earmarked for the construction of the national cathedral?” portions of his post read.