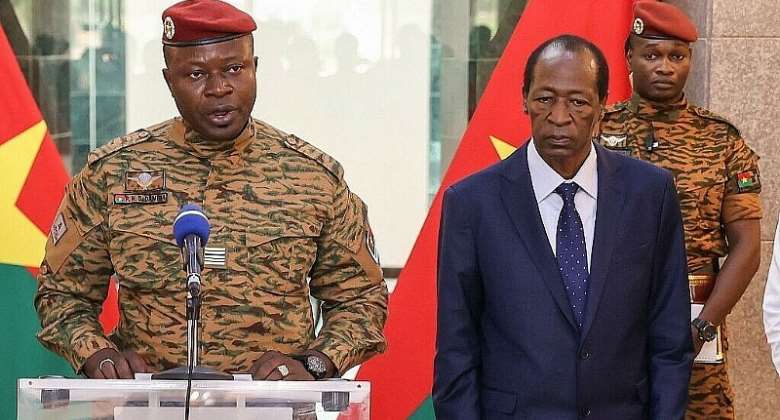 Burkina Faso's former president Blaise Compaore, sentenced in absentia to life in jail for the 1987 assassination of revolutionary icon Thomas Sankara, has apologised to the ex-leader's family.

"I ask the Burkinabe people for forgiveness for all the acts I may have committed during my tenure, and especially the family of my brother and friend Thomas Sankara," he said in a message read out by government spokesman Lionel Bilgo on Tuesday.

The message was brought by a government delegation on a visit from Côte d'Ivoire, where Compaore has been living in exile since being ousted from power by mass protests in 2014.

Compaore seized power in the West African nation in a 1987 coup in which Sankara was gunned down by a hit squad.

The violent death of his former comrade-in-arms was a taboo subject throughout his 27 years in power.

A Burkina court handed him a life term in absentia in April for his role in the assassination.

"I take responsibility for, and regret from the bottom of my heart, all the suffering and tragedies experienced by all victims during my terms as leader of the country and ask their families to grant me their forgiveness," Compaore said.

The 71 year-old returned to Burkina Faso for several days this month, without facing arrest, after the country's military leader Lieutenant Colonel Paul-Henri Sandaogo Damiba invited him in the name of "national reconciliation".

The visit sparked an outcry among civil society groups and political parties, who said uniting the nation should not come at the expense of impunity.

He called on his compatriots to join "a sacred union, tolerance, moderation, but above all forgiveness so that the national interest prevails".

A Marxist-Leninist who blasted the West for neo-colonialism and hypocrisy, Sankara came to power as an army captain aged just 33.

He was assassinated little more than four years later on the same day as the coup which brought his erstwhile comrade-in-arms to power.

He and 12 colleagues were gunned down by a hit squad at a meeting of the ruling National Revolutionary Council on October 15, 1987.

Support for Sankara's belief in pan-Africanism and egalitarianism remains deeply rooted, and the country has erected monuments in his honour.

However, Luc Damiba, secretary of the International Thomas Sankara Memorial Committee, blasted Compaore's apology as "a masquerade... a kind of diversion that he is sowing in people's minds".

Compaore's goal, he said, was "to be able to return to Burkina and get a presidential pardon".

Political analyst Siaka Coulibaly agrees that the return of Blaise Compaoré seems inevitable, it's just a question of when and in what conditions.

"Given that this is only one file among many others in national reconciliation, it is possible that general measures such as amnesty will settle this case definitively," he told RFI.

Burkina's ruling junta took power in a January coup that ousted former president Roch Marc Christian Kabore, amid widespread anger at the government's failure to deal with a jihadist insurgency that spread from Mali in 2015.

Thousands of people have died and nearly two million have been displaced, inflicting widespread economic damage to a country that is already among the poorest in the world.