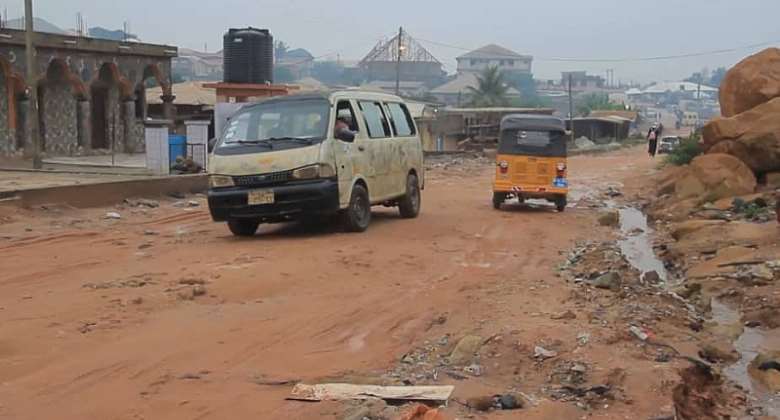 The Chairperson of the Roads and Transport Committee in Parliament, Hon. Kennedy Osei Nyarko has said government will be fixing poor roads in the Kwabre East Municipality very soon.

He said work will soon resume on the Kwabre East road.

Kennedy Osei Nyarko noted that it was always the intention of the state to work on the road.

"Constituents are justified with their anger because roads are being constructed elsewhere whiles nothing is happening here. Contractors will move to various sites very soon. But the good news is that within this year – work will resume on roads within the Kwabre East area.

"The contracts have been awarded to various contractors,” he wrote on his official Facebook page.

The majority of roads, he said, have already been awarded on contract with a few others still undergoing various procurement stages to enable the contractors proceed to site and commence work.

He also hinted that some roads are being considered for conversion into dual-carriage roads, to ease traffic congestion within the Kumasi Metropolitan area among others.

With the exception of the main Kumasi-Mampongten and Kumasi-Kenyase roads, the entire Kwabre East Municipality has no other tarred road.

The road networks in the area are moving from bad to worse.