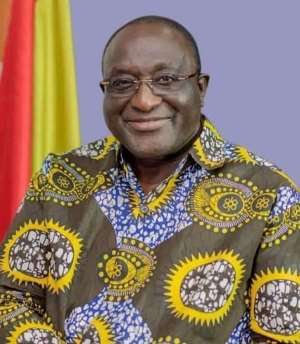 Pressure is mounting on the Minister for Trade and Industry, Mr Alan Kwadwo Kyerematen, to resign from the government without delay to pursue his presidential ambition to lead the New Patriotic Party into the 2024 general elections.

A group in Kumasi has given him up to the end of September 2022 to resign and work on his presidential ambition.

Speaking in an interview on Kumasi-based Abusua FM on Tuesday, July 26, 2022, Mr Abraham Boadi, popularly known as ‘Opooman’, disclosed that his group, which supports Mr Kyerematen, will resort to the use of force to prevail on the minister to resign if he fails to voluntarily resign by the end of the ultimatum.

According to Opooman, Mr Kyerematen is the most suitable person to succeed President Nana Akufo-Addo as president on the NPP’s ticket in 2024.

In this regard, he said Mr Kyerematen should start a vigorous political campaign now so that his presidential ambition will become a reality.