KNUST SRC president ordered to cough up GHC 9,100 he pocketed 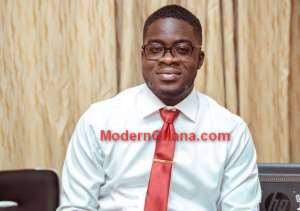 Mr. Micheal A. Abuah, the SRC President of the Kwame Nkrumah University of Science and Technology (KNUST) has been directed to as a matter of urgency refund an amount of GHS9,100 he allegedly squandered in the name of embarking on a trip to South Africa on educational purpose before Friday 22nd July, 2022.

The SRC President who is a Bsc. Environmental Science student was ordered by the Vice Director of Students' Affairs of the school, Prof.Otchere Addai-Mensah after the KNUST SRC Parliament Council was petitioned to probe further into the SRC's executives' trip to South Africa some weeks ago.

The school’s Parliament Council was petitioned by leaders of the Coalition of Concerned Students of KNUST headed by Mr Theophilus Berchie.

After the probe, the Vice Director of Students' Affairs concluded that the SRC president's personal testimony and handwritten statements have proven that he did not embark on the said trip.

The Vice Director by a letter issued on 19th July, 2022 is instructing the SRC President to refund the said amount.

The Vice Director stated in the said letter that, the said amount which was approved for their educational and leadership trip to South Africa as requested by the South Africa Union Students in collaboration with the University Students' Association of Ghana was never used for the intended purpose.