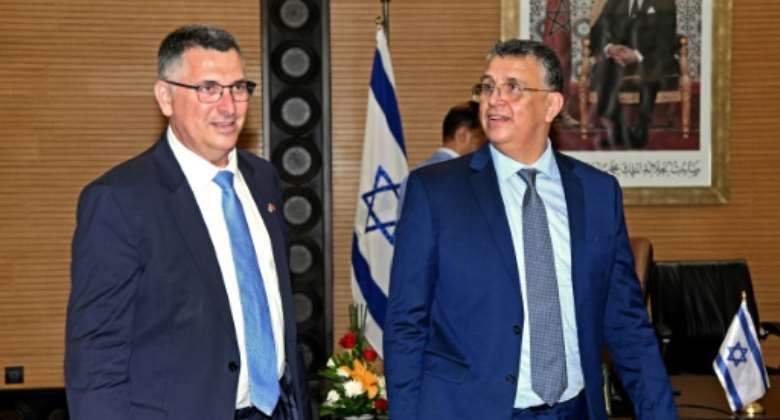 Morocco and Israel added legal links to a growing list of cooperation accords since they normalised relations in 2020, during a visit Tuesday by Israeli Justice Minister Gideon Saar.

He signed a judicial accord in Rabat with his Moroccan counterpart Abdellatif Ouahbi.

A joint statement said the two countries would share expertise and modernise their judicial systems through digitalisation, while cooperating in the fight against organised crime, terrorism and human trafficking.

Also on Tuesday, Israel's Regional Cooperation Minister Issawi Frej, an Israeli Arab whose family originated in Morocco, held talks in Rabat on a cultural exchange programme for youths from both countries.

Morocco cut relations with Israel in 2000 following the outbreak of the second Palestinian intifada, but re-established ties two decades later in a deal that saw Washington recognise Rabat's sovereignty over the disputed Western Sahara.

Since then, a steady stream of Moroccan and Israeli officials have visited each others' countries and signed deals ranging from defence and security to the economy, culture and sports.

Inflation will remain high till the end of first quarter of ...
38 minutes ago