A Letter To The Vice President, Dr Mahmoud Bawumia 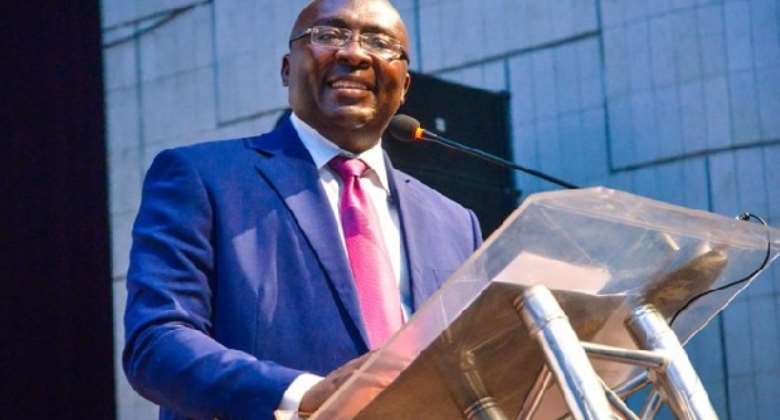 It’s your Kamara brother from Laribanga. I bring you greetings from the great mountains of Laribanga. I wish you well in your political exploits.

Sir, I just read on your Facebook page where I saw a picture depicting that you came to Savannah Region specifically, to Debre to cut sod for the Debre inland port project to commence. If I were mischievous, I would have ask you a question as to how many inland ports that we can equate to one Ghana card, but because I am a pessimist, and one who knows the value of economic infrastructure, I would allow that question to slide.

Your Excellency, I know how tough it is for you in these times. The case that you have run down the economy with your unrealistic policies, recklessness and conspicuous incompetence, coupled with the fact that your NPP members are using this as a card to foil your Presidential ambition, one should expect this amount of desperation in you. So, it is understood that you want to prove a point and to be seen working when in actual fact, it is business as usual; deception! deception! deception!

Mr. Vice President, I want to remind you and your boss of the outstanding arrears of promises and projects in Savannah Region you either cut sod for or emphatically promised they were going to be executed within some time frame.

To begin with, in 2018, right at the instance of the Yagbonwura, you, Dr Bawumia, made a promise that the Damongo water project was going to start that same year, but it was going to preceded with some 10 mechanized boreholes to abate the impact of the acute water shortage in Damongo township. That promise is over 5 years now. If it were a child, he/she would have been preparing for Primary 1 next academic year.

Following closely to this, your boss himself, President Nana Addo on 29th July, 2020, came to cut sod for the so called Damongo water project at the Damongo town park. He did so without any contractor on site and no specified timelines were given. The current MP for Damomgo Constituency, Hon Samuel Abu Jinapor followed up with plenty promises with different quotations to cover for the deceit. It’s been two years now and the people of Damongo are still struggling for water.

The President in the process, indicated among others that his government had secured $49m from the UK Export Finance and Deutsche Bank AG for the project. He said the project will serve all communities from Yapei Yipala through all the other communities along the Fufulso-Damongo-Sawla road. He assured the people of Damongo and other supposed beneficiary communities that the project was going to start in 2020. It’s been two years now, there is no show and we are aware your government is going to camouflage us again once it’s getting closer to elections.

As if that was not enough, exactly two months after the sod cutting for the Damongo Water project, precisely on the 24th September 2020, you, Mr Vice President, came to inaugurate the Savannah Regional House of Chiefs and in the process, you also cut sod for the commencement of work on the so-called Savannah Regional House of Chiefs. Mr Vice President, not even a single block has been laid for the said project. While cutting the sod, you indicated that your govt within three years of being in office had initiated 785 projects for Savannah Region alone and had at the time completed 630 of them. You people like playing with numbers too much.

Again, at the 45th Gonjaland Youth Congress in Bole, specifically on the 6th of April, 2021, you, Mr Vice President, looked in the faces of the chiefs and people of Gonjaland and promised that the Daboya bridge project was going to commence that year. In fact, you said it was going to start around August of 2021. Interestingly, the following year (2022), you dodged the annual Gonjaland Youth Congress in Daboya partly because you didn’t know what to tell the people of Daboya again after a year had passed without any show of work on the bridge.

As part of the competition for deceit between the Vice President, Dr Bawumia and his boss, President Nana Addo, the latter on the 3rd of February 2020, promised the good people of the East Gonja and North East Gonja that the 138km Tamale-Salaga-Mankango road was going to be complete in 18 months beginning February 2020. If my maths is right, I think we are in the 30th month the project is still there without any show. In fact, that road is still one of the worse roads during rainy days. Still at the same event in Kpalbe, the President promised the people of North East Gonja the following:

All the above named have seen no show after 30 months.

In the midst of this deceit, most projects that H.E John Mahama initiated have been abandoned or executed in a slow pace. The 60 bed Salaga Hospital, the teacher training college in Bole, the Busunu-Daboya road project, the E-block at KPalbe, the Mpaha-Debre road and a host of others.

So, Mr Vice President, the people of Gonjaland are not enthused with empty sod cutting any longer when similar others you did in the past have not seen a light of day. As said in the Gonja parlance, “when the cattle that went grazing in the morning have not returned, there is no reason to send more for grazing”. We know this is one of your schemes to be seen working so that your ratings will scale up small in your party, but we know you very well. We are tired of the numerous sod cuttings Mr Vice President. Elections are getting closer and has ushered in the well packaged deceits once more. Enough is enough.