'You’ve done something nice so why the monumental mistake, rectify the omission' — Prof Gyampo on Atta Mills’ bust 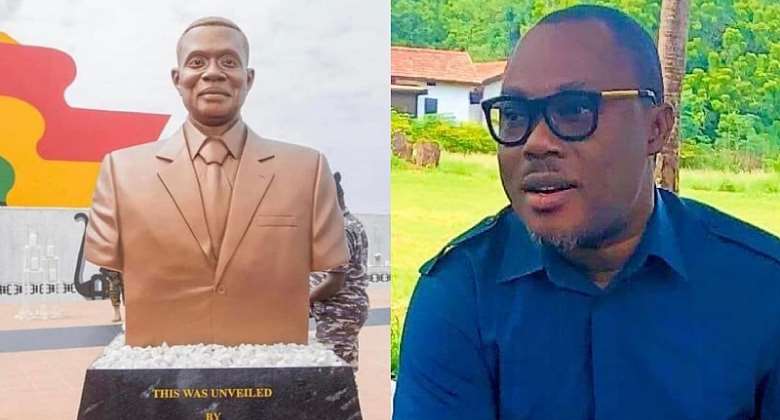 Prof. Ransford Gyampo, a senior lecturer at the University of Ghana has joined a throng of Ghanaians calling for the right thing to be done about the late Prof. Mills’ newly erected bust.

At the event, the President commissioned the renovated grave together with a monumental statue in honour of the late President.

However, the bust has stirred controversy on social media and other media outlets regarding the omission of the late President’s name on the bust.

Modernghana News spotted a Facebook post by Prof. Gyampo on Monday, July 25, in which he also shared similar concerns.

“The statue is nice, very nice, but why is it littered with names of those who aren’t him? Why won’t we make it easier for posterity to know who this man is by indicating his name?” he stated.

He adds “This is a monumental mistake and a serious omission that must be rectified.”

Prof Gyampo has once again called on prominent citizens to voice out about the opinion about the issue surrounding Prof. Mills' 10th-anniversary observation.

“Elders in Ghana must also step in to resolve the very unnecessary feud and disagreements between the family of Prof Mills and those leading the crusade to immortalize the man who stood for peace.

“We don’t always have to fight and Elders and Opinion Leaders must not always mind their business. They must help solve some of these issues that brew unnecessary tension,” he emphasised.