NPP’s National Elections: My Analysis of it 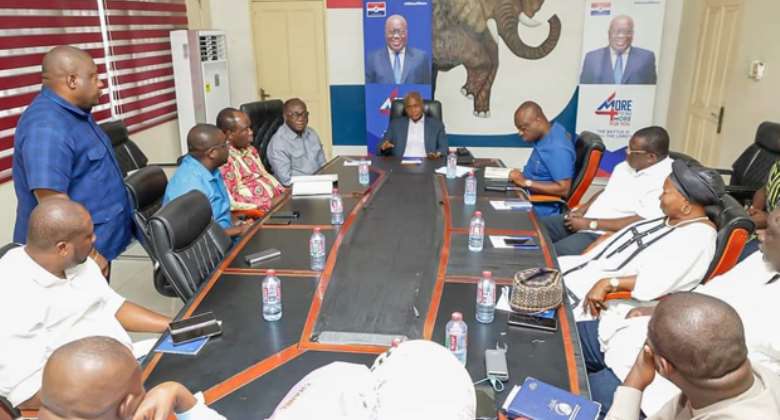 If Abankwah Yeboah had won the Chairman position; if John Boadu had won the General Secretary position, and if Titus Glover had become the National Organizer, the NPP would still have said they will break the 8. They would say the Unity in the party is back and they would say, they have the right leadership for the party going into the general elections. In other words, the elections would not change the fortune of the party in the December 2024 elections. Let me break it down:

*Stephen Ntim (Alan boy)* He won the elections not because he is bringing anything new to the party. He won because his team pleaded with the delegates that he has contested for the position for 20 years, so they should reward him for his loyalty. I hope they will use the same campaign message when they get to the Presidential primaries.

As an Alan boy, if he behaves, he will be suspended before Elections 2024. If Nana Addo had not become President for 6 years, we would not have known how corrupt, clueless and incompetent he is. So shall it be with Stephen Ntim.

*Justin Kodua (Alan boy)* 15 Regional Nana Addo’s Chairmen of the NPP campaigned against him but he still won. This should tell you the relationship between the Nana Addo’s Regional Executives and the grassroots. Things are not cool on the ground.

People are clapping for Justin because he spoke with Chairman Wontumi after the elections and called for Unity. But, what did you expect him to do? To insult Wontumi or called for disunity? As an Alan boy, if he behaves, the Jubilee House will suspend him before Elections 2024.

*Nana Boakye (Nana’s boy)* He won the position with just three regions, the heaviest being Ashanti. He was the former Youth Organizer and the current Youth Organizer campaigned on the fact that Nana B failed the youth. Someone who failed as the Youth Organizer, has been promoted to be the National Organizer. What a political party!!.

*Salam Mustapha (Unknown Alliance)* He won because he was able to expose the failures of Nana B as the Youth Organizer. Just as the Youth relied on Nana B to deliver, they have put their trust in Salam too. Let’s see how he can bring the disgruntled youth together.

*Kate Gyamfua (Former Nana’s girl)* She touched on the mercies of the delegates. Her campaign message was all about her $9 million escavators that were burnt. The delegates had mercy on her. I don’t know if she can bring anything new to the game. The Jubilee House has punished her already, I don’t think they are planning any punishment for her.

The fact of the matter is, this new leaders of the NPP have been elected to fix a broken party. Breaking the 8 is NOT part of their rules of engagement. The delegates also rewarded some of them for their loyalty and they showed mercy to others.

John Boadu lost because he was part of a broken party. He was calling for “breaking the 8” but he couldn’t break the 8 for himself. I will not talk of Elections 2024 with this current leadership of the NPP because they were not elected for that. They were elected to fix a broken party for Elections 2032 and beyond. I wish them well.