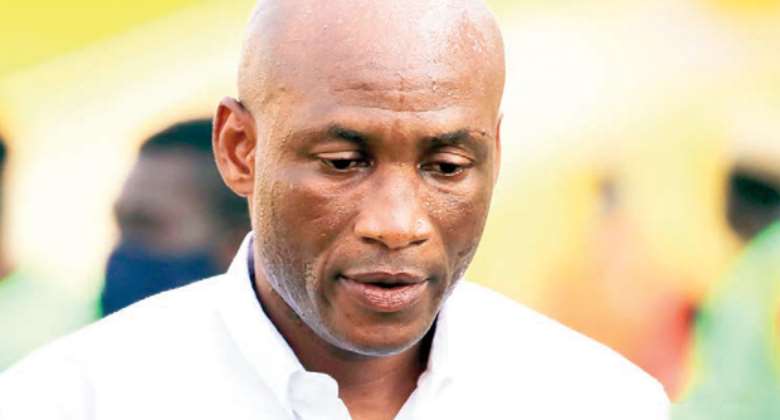 IT WAS around 2pm last Thursday when the rumour started. I initially thought it was a prank, but the numerous notifications on the subject from the WhatsApp supporters platform pointed to the contrary. I could not believe that my dear club had once again pressed the self-destruction button

Yes, you guessed right! The so-called resignation of Dr Prosper Nartey Ogum, head coach of Fabulous Kumasi Asante Kotoko, is what I refer.

I said ‘so-called’ because the board has released a statement saying it had not received any written resignation from the gaffer. But I doubt if the statement has succeeded in clearing the doubts in many minds.

The question many seek an answer to is whether Coach Ogum did make an oral resignation or not. From what a board member said on radio in Kumasi, one can easily deduce that the oral resignation did happen.

Coach Ogum has brought joy to many hearts and smiles on many faces by guiding the team to win the 2021/2022 league title. Members of the ‘Kum apem apem b3ba‘ will forever be grateful to him for bringing glory and honour to their club.

It is the reason I add mine to the voices impressing upon the board to quickly resolve the Ogum conundrum. Delay may spell doom for the club. So the earlier the puzzle is resolved, the better for the club as it will enable the visionary CEO, Nana Yaw Amponsah (NYA), to put his plans for the upcoming season in motion.

Some have called him arrogant, while others say he is confrontational. But what they fail to understand is that visionaries do not pander to mediocrity. So mediocre minds tend to see visionary leaders as arrogant and confrontational.

For me, NYA is a visionary in the true sense of the word. What he has achieved on an off the field attest to this fact. I trust in NYA to do bigger things in Kotoko, whether Ogum stays or not.

I believe they can patch up their differences if Coach Ogum eventually decides to stay. If he decides otherwise, I still believe NYA has the know-how to find a worthy replacement for him.

Stories reaching my ‘konkonsaic‘ ears say C.K. Akonnor is the man to replace Ogum. A fraction of the supporters is not happy with the choice. Akonnor’s only crime is having the guts to demand what was due him from the club after he had been sacked by Dr. Kyei for no tangible reason.

Records, indeed, show that Coach Akonnor is the best Kotoko coach in the last decade after winning the league (Normalisation League) and qualifying the team to the group stage of the Confederations Cup. For sure, such an experienced coach is what the club need at the moment.

But I believe in NYA’s judgment. I support whoever he chooses and I believe majority of the supporters will do same.

Once again, I appeal to the board to resolve the Ogum conundrum as soon as possible. I also urge the supporters to exercise restraint and not pour sand in NYA’s gari. For the contamination of his gari spells doom for the club.