Angola gears up for tight election as Lourenco's star fades

By Jorge NSIMBA and Linda GIVETASH in Johannesburg
Angola 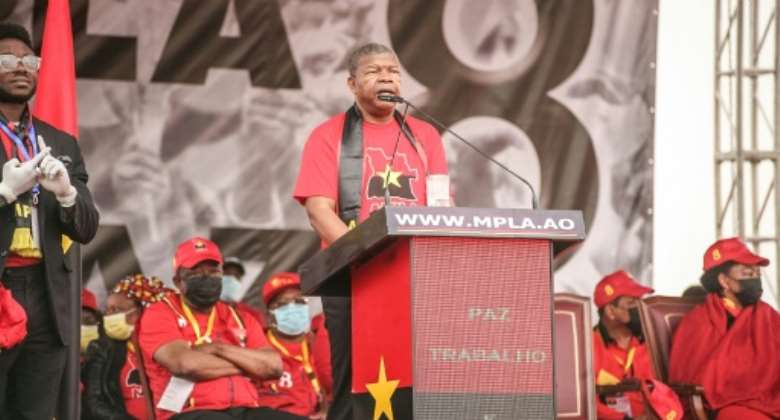 President Joao Lourenco promised to usher in a new era for Angola after winning 61 percent of the vote in 2017. By Julio PACHECO NTELA (AFP)

Lourenco is seeking a second term in the August 24 vote, which observers predict will be the tightest since the oil-rich country emerged from a lengthy civil war two decades ago.

The excitement that accompanied the 68-year-old's rise to power in 2017 has "largely dissipated", said Alex Vines, who heads the Africa programme at British think tank Chatham House.

Many in the Portuguese-speaking country of 33 million people are yet to see the benefit of economic reforms, and feel Lourenco's anti-corruption drive has fallen short of its promises.

Polls show waning support for his People's Movement for the Liberation of Angola (MPLA) party, which has ruled the country since 1975.

Polls show waning support for the People's Movement for the Liberation of Angola party. By Julio PACHECO NTELA (AFP)

"The people are suffering, they live in garbage cans. Are these people going to vote for the outgoing president? I don't think so," said Joao Afonso, a 60-year-old accountant in the capital Luanda.

An Afrobarometer survey in May found the opposition National Union for the Total Independence of Angola (UNITA) was trailing the MPLA by just seven percentage points, with around half of voters still undecided.

On the streets of Luanda, Lourenco portraits vie for space with UNITA's red and green flags.

"He is a very charismatic leader who is able to engage with young people in the cities," said Marisa Lourenco, an analyst at the consultancy Control Risks.

"There will be pressure on Lourenco if the MPLA doesn't perform well," she added.

Thousands of MPLA supporters gathered in Camama, outside Luanda, for the opening campaign rally. By Julio PACHECO NTELA (AFP)

"We still believe in him and we will certainly emerge victorious in these elections," said Luisa Andre Valente, an unemployed 29-year-old at the event.

Handpicked by his predecessor Jose Eduardo dos Santos, Lourenco promised to usher in a new era for Angola after winning 61 percent of the vote in 2017.

He quickly turned on the former strongman, starting an anti-corruption drive to recoup the billions allegedly embezzled by dos Santos and his family.

Having inherited an oil-dependent economy deep in recession, he also launched an ambitious reform plan to differentiate revenue streams and privatise state-owned firms.

But many have come to see the anti-graft push as selective and politically motivated.

And while reforms have won praise abroad, little has changed for millions of Angolans who struggle to put food on the table amid soaring inflation and the worst drought in 40 years.

Some Angolans now feel nostalgic about their former leader, who died in Spain earlier this month.

"When dos Santos left, there was a sense that this man brought us to a level of decay... but now after five years, they look at dos Santos in relative terms," said Paula Cristina Roque, an independent political analyst specialising in Angola.

"We've seen a deepening of poverty and socioeconomic injustice," she said.

Dos Santos's death reignited a public spat between Lourenco and the old revolutionary leader's children -- several of whom have faced an array of corruption investigations.

This week, some of dos Santos's children finally agreed to have their father buried in Angola, but only after the vote.

Observers expect to see voting violations -- while the country has opened up in recent years, it is still ranked as "not free" by democracy watchdog Freedom House.

"Those in power will never leave," said Felix Kaputu, a professor specialising in African studies at Bard College in the United States.