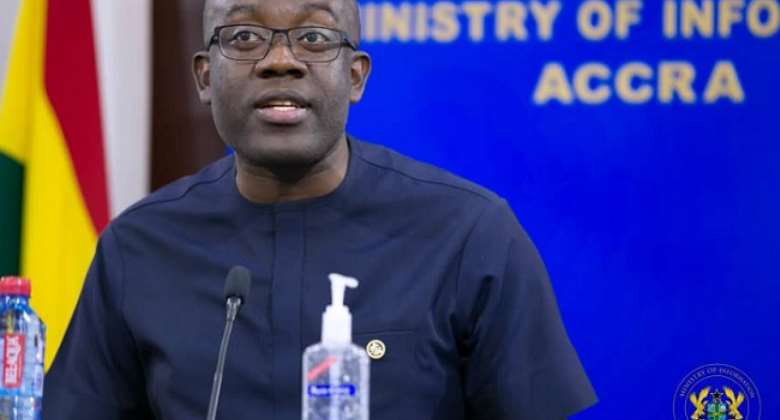 The move by the information minister, Hon. Kojo Oppong Nkrumah, to create a culture of silence in this country should not be accorded with kidsgloves by the good and well-meaning citizens of this country. The information minister's outburst at Martin Kpebu's comments is not only a reflection of a frustrated government with a broken national economy in its hands that is seeking IMF bailout in futility but also a depiction of an autocratic government that is focused on creating and maintaining a culture of silence where critics of the regime can be silenced and made to submit to its wishes and caprices in order to perpetuate the stay of regime in power.

Hon. Kojo Oponka, once upon a time, was a good journalist when he was with Joynews team. He knows very well how Joynews is highly patronised because of the calibre of personalities who are invited to discuss and debate weekly news items that are of national dimensions. Ever since leaving Joynews, he has lost his hard-earned reputation upon assumption of office as minister of the NPP administration where he has been indoctrinated into the weird values and norms of the NPP which has no correlation to the benefit of the larger population of Ghanaians. Hence! his inability to act in the interest of the good people of Ghana, but rather choose to pursue the wishes, caprices and aspirations of his appointing authority.

Need I state very instructively that the respected legal luminary, Martin Kpebu, is no doubt, one of the finest personalities of the legal profession our nation can boast of, and some one who understands the practical application of

0lqthe law, and indeed, his freedoms as a citizen of this country. Like any other citizen, Kpebu has a constitutionally guaranteed rights which include the right to freely express his opinionated views on matters of national interest, and indeed, with regards to the conduct of those who dissipate the public purse. So if, in his honest and candid opinion, he is convinced beyond any aorta of doubt, that indeed, President Nana Akufo-Addo or any other public officer has engaged in any form of criminality, what's bars him from raising it on a public platform like he did? At best, what the President, Nana Akufo Addo, can do, legally, is to resort to the justice system, as it is done in advanced jurisdictions, the matter to be independently investigated, but not go wild in condemning a seemingly needless offence.

President Akufo Addo like any other citizen of this country is not above the laws of Ghana. His actions and inactions are subject to public scrutiny, and where any citizen deem fit to criticise him should be seen to be an exercise of his or her constitutionally guaranteed duties and should not be lambasted or condemned as did by the information minister, Hon. Kojo Opong Nkrumah. Ghana is not a monarchy nor an Arabian autocracy, and reactions like that of Hon. Minister should rather be condemned in no uncertain terms.

In conclusion, I wish to call on the president and his appointees, to be prepared for more criticisms as far as corruption and mismanagement remain the characteristic features of the regime.

AriseGhana, and let's restore the economy!

AriseGhama, and let's weed out corruption!

AriseGhana, and let's say no to family and friends administration!

AriseGhana, and let's say no to incompetence!

AriseGhana, and let's say no to intimidation and favouritism!

From a cottage boy!