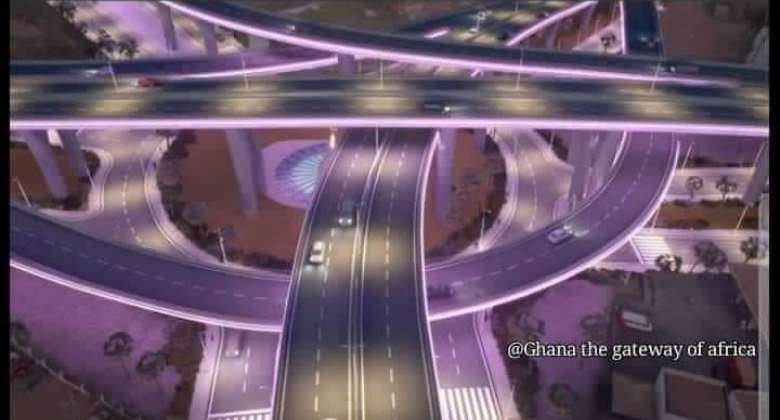 Government will be constructing a 4-tier Interchange at Suame in the Ashanti Region.

The architectural view of the project has popped up in which many Ghanaians are reacting to it on social media.

Chairman of the Roads Committee in Parliament Hon Kennedy Osei Nyarko has reiterated the construction of the Suame Interchange in Kumasi will begin in September 2022.

The construction of the Suame Interchange and its adjoining town roads is to improve the lives of the people and enhance traffic flow.

Suame Interchange was featured strongly which the Roads Minister before the President said by September or October, work will begin.

Hon Kennedy Osei Nyarko however told Kingdom FM that as a result of the planned interchange, which would lead to the redesign of the main Suame-Offinso road.

The Suame interchange comprises a 4 tier interchange with ancillary works. It’s estimated to cost €140 million in the first phase of the project.

The second phase of the project comprises the construction of approaches roads and inner roads within the magazine and Suame. It’s also estimated to cost $47 million.

Phase two is going to be financed from the $750 million syndicated facility. Hon Kennedy Osei Nyarko disclosed that the project will be completed in 36 months.