What a victory, indeed the Lord reward those who wait on him — Otiko Djaba celebrates NPP Chairman Ntim's victory 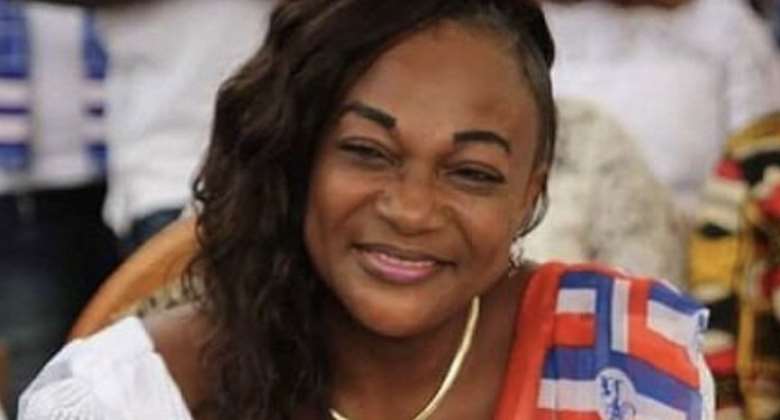 After many years of quitting active politics and resigning from her post as Ghana’s Ambassador to Italy under the ruling New Patriotic Party (NPP), Miss Oti Afisa Djaba commented on the just-ended NPP national executive elections.

Miss Djaba’s message was particularly for the newly elected chairman of the party, Stephen Ayensu Ntim.

In a post sighted by Modernghana News on her Facebook page on Wednesday, July 20, the former women's organizer of the NPP with reference to a quote from the Bible said, "Indeed, the Lord has rewarded the patriotism and sacrifices of the new chairman."

She noted, “Indeed, those who hope in the Lord will renew their strength. They will soar on wings like eagles; they will run and not grow weary, they will walk and not be faint.”

She also expressed her excitement over the victory and further extended her belated birthday wishes to Mr. Stephen Ntim who celebrated his 64th birthday, a day after his victory.

“What a victory!!! My heart was filled with so much joy as I congratulated Steve Ntim for his magnificent victory as the new chairman of the NPP on his 64th birthday. I'm so inspired by his journey, tenacity and resilience,” her post concluded.

Mrs. Otiko Afisa Djaba resigned from her post as Ghana’s Ambassador to Italy in 2019.