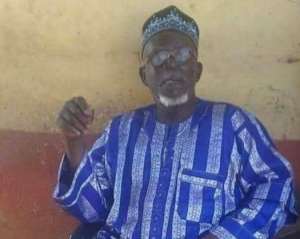 The leadership of the New Patriotic Party (NPP) in the Savannah Region have expressed sadness at the demise of the first NPP chairman of then Damongo-Daboya, now Damongo constituency, Mr. Mohammed Alhassan Waala.

The party in a press release signed by Mr. Mohammed Issah, Regional Secretary of party, described the late party stalwart as a "kind-hearted patriot owing to his disposition and attributes".

He stated, "The leadership of the NPP in Savannah Region have learnt with utter sadness and dismay, the demise of patriot Mohammed Alhassan Waala, the first NPP chairman for then Damongo-Daboya, now Damongo constituency".

Whiles conveying condolences to his children and the entire family, the party also praised the late Waala for his unmeasurable contribution to the growth of the party adding that his sudden demise is a big blow to the elephant fraternity.

"We can not discount his unmeasurable contribution to the growth of the party. His death is a big blow to us. The party would forever cherish his undiluted loyalty to the course of the party ", he stressed.

He continued, "He was not only a great asset to the party but also a pillar behind the tremendous exploits chalked by the elephant family in the region. Our thoughts and prayers are with them during this period of grief. May Allah be kind and merciful to him and may his patriotic soul rest peacefully in the bosom of his maker".

Until his death, the deceased served the NPP as the first constituency chairman for Damongo constituency. He was also a founding father of the party at the constituency level.

He is said to have died at his private residence at Wa in the Upper West Region where he paternally hails from.