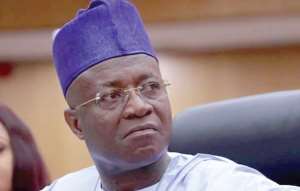 The Majority in Parliament has expressed disappointment in Dome Kwabenya Member of Parliament, Sarah Adwoa Safo for accusing the caucus of political witch hunting.

Adwoa Safo was billed to face Parliament’s Privileges Committee a few weeks ago for absenting herself from the House beyond the mandatory stipulated period but failed to honour the invitation.

Her parliamentary seat may be declared vacant if the plenary votes for the motion following her refusal to appear before the Privileges Committee.

But in a statement on Facebook, the absentee Member of Parliament for Dome Kwabenya accused her side in the legislature and elements of the party of political vendetta.

She accused them of discriminating against her, insisting that a female colleague, was given room in the seventh Parliament to absent herself for years.

In an interview with Citi News, Majority Leader, Osei Kyei-Mensah-Bonsu indicated that he is surprised by the comments of Adwoa Safo as the leadership has shielded her than any other person.

“I am surprised if she says leadership is witch-hunting her. I think it is the most unfortunate and regrettable statement and for the past two months, I have not been engaging [her] because I have sent numerous messages to her, and she has not responded to [any of them].”

Kyei-Mensah-Bonsu however described as unconstitutional the decision by the Privileges Committee to refer the decision on Adwoa Safo to the plenary.

“It will be unconstitutional for the Privileges Committee to push it to plenary because that is not what the constitution provides. The onus lies with the committee to make that determination and not the plenary.”

The MP has been absent from Parliament since December 2021.

It is on record that a recent invitation by the Privileges Committee to deliberate on her absence from Parliament has not been honoured yet.

Some MPs and NPP folks are on record to have called for her seat to be declared vacant.

Speaking on the matter while commenting on the just-ended elections for new executives of the New Patriotic Party, Adwoa Safo questioned why she's not receiving support from both the party and parliamentary leadership as she deals with her personal issues.

“In the last few months that I have been away from duties, albeit not intentionally, I have been a victim of a sustained political witch-hunt by some elements in the NPP and in Parliament to achieve their own parochial goals.”

“This has left me asking myself if this is happening because I am a woman who for just this one time needed some time off to deal with personal issues which were too dear to share with the larger public. In the face of all this, I have questioned why I have had to be treated differently by not enjoying the famous support of our party leadership both in Parliament and at the party level in my most difficult moment.”

The Privileges Committee was tasked by the Speaker of Parliament, Alban Bagbin, to engage Adwoa Safo, Kennedy Agyapong and Henry Quartey over complaints of chronic absenteeism brought against them.

The committee has so far failed to take a firm decision on Adwoa Safo's conduct.