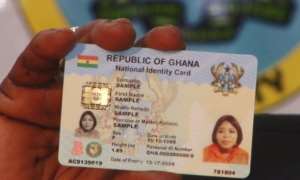 “At a difficult time in this country where even “kenkey” has been overtaken by inflation, who wants a useless debate on digitization and interchanges?”

When Dr. Bawumia told us that the Ghana Card is better than a thousand roads and bridges at a time of severe inflation and unprecedented pauperization of the masses, he ostensibly spoke as the leader of the opposition party rather than the Vice President of Ghana and manager of our failed economy.

The thing about politicians is that somehow, they think they are wiser and more intelligent than everyone else by virtue of their political power. Who can blame them for such political pomposity?

An interchange is not a toy. It facilitates the movement of people and goods continually. Millions of people from different parts of the world get their daily bread by using them as a conduit to their destinations. School children, drivers, doctors and nurses, teachers, lawyers, traders ─ you name the rest ─ all facilitate their economic activities by using roads and bridges.

Thus, when Dr. Bawumia seeks to trivialize and politicize such an important public good (probably because of his government’s dismal record in matching the work of the previous government on that score) he fails to appreciate what the needs of the people are, preferring to play to the common political gallery!

Dr. Bawumia has rightly or wrongly elevated himself to the position of an Economic Supremo who lacks the humility of self-introspection required to admit failure. And, yet, the road to gallantry requires acceptance of failure and a determination to correct the wrongs by learning from them.

No Ghanaian can eat the Ghana Card for all its beautiful look. But interchanges are public goods which contribute directly to profitable economic activity without which the economy will collapse. Why a venerable politician like our Vice President would seek to downplay or even denigrate their importance to our economic survival is cryptic and mysterious. This is our Vice President at his sloppiest best!

In opposition, a politician may get away with wild nonsensical commentary on issues primarily for the sound bite at the pleasure of party myrmidons and the voiceless masses of the people. Most of those idiosyncratic vituperations may be regarded as valor for their abrasiveness. It is not the same when you are in government.

At a difficult time in this country where even “kenkey” has been overtaken by inflation, who wants a debate on digitization and interchanges? Our leaders have the slothful tenacity to say all the wrong things at the wrong time for the purpose of political mediocrity. When we complained to President Mahama that we were hungry and needed food, he told us he was “a dead goat.”

Nevertheless, this same “dead goat” is waiting in the wings to become president again, thanks to the NPP’s sovereign calamity. The dead goat has heard the cries of the people, and is coming back to deliver them from their economic afflictions.

The current president has himself assured teachers in one of his diatribes that teaching is a pauper's paradise and so teachers should wipe away the tears from their eyes and hang on to their chalks with specific dignity. Well, he spoke the truth in brutal ferocity without a heart.

Let the government hire proper communication experts to advise them on what they tell us. Speaking to citizens in difficult times is not the same as addressing opposition politicians!