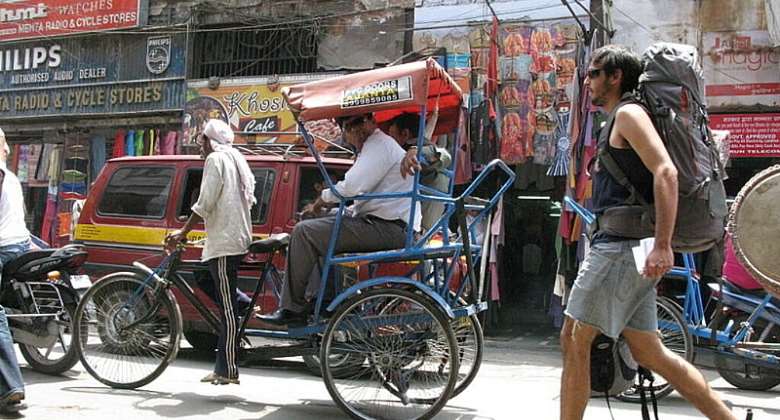 The United Nations estimates India will overtake China as the world's most crowded place in 2023. Their combined headcount will account for nearly 3 billion of the 8 billion people on the planet by next year.

India's population of 1.41 billion is a shade lower than China's 1.42 billion, according to the UN.

But in 2050 the country will log 1.66 billion people and dwarf its giant Asian neighbour, which will fall behind with a shrunken headcount of 1.31 billion, it said in an announcement on World Population Day.

The UN report renewed calls for population control in India, where last year around 67,000 babies were born a day compared to 27,397 in China, which has a GDP six times larger than that of its smaller neighbour.

“It is a reality," researcher Amitabh Kundu said as the report sparked media debates on the need to educate people in India, where the literacy rate is 74 percent, nearly 23 percent lower than China's.

“Growing population does put pressure on all the resources,” added Mahesh Chandra Mishra, a former head of India's largest hospital as others called for more jobs, skilled education for the teeming millions and changed mindsets.

“Whatever we create for X number of people, we then suddenly realise that the number of people who would have access to those resources have grown and that is where the challenge lies,” he told NewsX TV station.

The 11 July announcement exceeded projections of a state-run panel which says India will overtake China as the world's most populous nation by 2031, eight years later than the UN's prediction made on World Population Day.

The National Commission on Population (NCP) report also said India's population will hold at 1.37 billion this year and hit 1.41 billion only by 2025.

Local experts backed the NCP calculations, which also warned Indian cities will see a baby boom while the rural population will shrink in the next 14 years.

But economists such as Madan Sabnavis asked experts to focus instead on population-linked challenges in India, where unemployment is rife.

“We are already talking on how jobs are not being created at an adequate pace...that will be the biggest challenge for the government,” Sabnavis said.

A fiery Hindu monk who is chief minister of the country's most populous state meanwhile warned “population imbalance” could sow chaos in India, where 204 million Muslims are the single largest religious minority.

Some right-wing Hindu politicians from chief minister Yogi Adityanath's ruling BJP party argue the local Muslim population had been growing at a faster clip than the others in India.

"The population control programme must go ahead successfully, but at the same time, a situation of population imbalance should not be allowed to happen," the politician said without naming the community.

But experts such as Santosh Mehrotra argued that the fertility rate of Indian Muslims was similar to other communities.

“It is wrong to point fingers at Muslims and say they are making more babies ... It is actually the poor that produce more than the educated class,” Santosh Metrotra, a human development economist, said in an online discussion.

It also estimates the global population could grow to 8.5 billion people in 2030 and reach 9.7 billion two decades later before peaking to 10.4 billion in the 2080s and then remain at that level until the turn of the century.