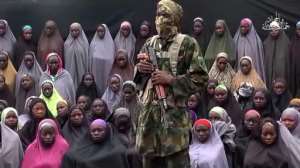 Reno Omokri, serial deceiver of misguided IPOB and Igbo youth have blamed the abduction of Chibok School girls on ex Governor Shettima of Borno State . He has released a letter from Nyemson Wike, which he heinously interpreted to mean that Shettima deliberately set up Chibok girls.

Excerpts of the letter says “ in view of the current security challenges I the Norh East pasts of the country, the West African Examinations Council WAEC, and National Examinations Commision NECO have expressed concerns over the safety of their officers who will be deployed to supervise the conduct of the 2014 diet of the examinations

“In response to their concerns, I have directed that the candidates in the Federal Unity Schools be assembled in their respective state capitals where they are to sit for the examinations in a safe ocation. You are please enjoined to make contingent arrangements for students in both public and private schools in your state to sit the examinations in safe location”.

There is nothing in the said letter that refers to Chibok alone. The letter from Wike is for exams to be shifted to safe locations in the three states of Borno, Yobe and Adamawa.

Rev Obinna Akukwe who monitored, and reported extensively on the activities of Boko Haram between 2011 and 2015 to concerned unbiased local and international bodies, both as a columnist, investigative journalist and activist. wishes to give a brief of the events to avoid another misleading of the public.

WAEC raised the issue of security of their staffers with the Minister of Education. Nyemson Wike, then Minister of State responded accordingly and advised the governors to provide safe locations. He promptly moved Unity Schools examinations to State Headquarters of respective states.

The concerned three governors, Murtala Nyako , Ibrahim Geidam and Kashim Shettima obliged and shifted exams to mostly one centre per local government and asked the military to provide security at exams centres, insisting that their wards must not miss WAEC academic year because of Boko Haram.

The military responded and provided security outpost positioned with ten soldiers in each of the LG councils headquarters housing the selected schools, including Chibok.

Rev Obinna Akukwe who reported, monitored and relayed with relevant bodies on terror in the North East will not say all we know about the Chibok attacks, in order to let sleeping dogs lie

Reno Omokri should address the monumental cluelessness which made his principal unable to order military attack on the convoy escorting the Chibok girls, which was being sighted for two days, as the vehicles kept breaking down.

He should also address the failure of intelligence because, far away in Abuja, Rev Obinna Akukwe got wind of the impending Chibok attack 17 hours to the time, and relevant party officials were informed. Subsequently, when the attack occurred, I blamed their escape on cluelessness and incompetence, and the international community held same views.

Ndigbo should beware of the antics of Reno Omokri,

E-Levy: Gov’t determined to behave like a vampire to suck th...
35 minutes ago

Gov’t will hide behind IMF discussions to force more hardshi...
35 minutes ago