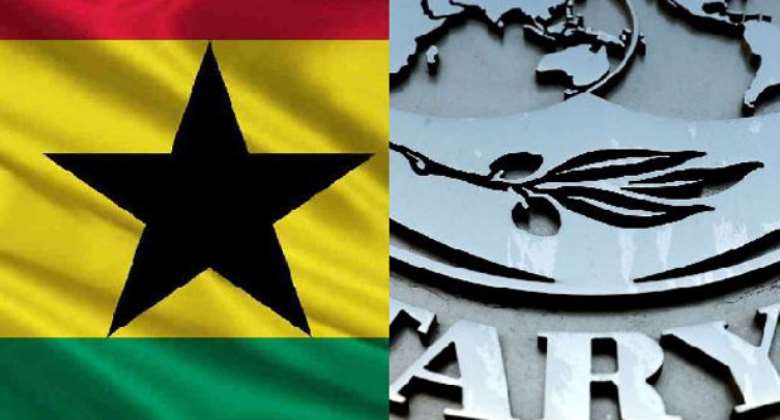 That the International Monetary Fund (IMF) is a double-edged sword is a truism. A double-edged sword is a weapon whose edges cut on both sides, if it is not handled properly. Figuratively used, “double-edged sword” stands for something that has a good side and a bad side. In Shakespeare's “Hamlet”, the hero of the play, Hamlet, blames his uncle, Claudius, for the death of his father. And compounding the issue is the fact that Claudius is now the King of Denmark, and is married to Hamlet's mother, Gertrude. In a chat with Rosencrantz, Hamlet argues: “…why, then, 'tis none to you: for there is nothing either good or bad, but thinking makes it so: to me it is a prison.” In a soliloquy in the “nunnery scene” Hamlet speaks: “To be, nor not to be, – that is the question – whether 'tis nobler in the mind to suffer the slings and arrows of outrageous fortune, Or to take arms against a sea of troubles, And by opposing end them?”

When in July this year, the IMF team arrived in Ghana led by Carlo Sdralevich for discussions with Ghanaian authorities about a possible IMF-supported programme, it was the seventeenth (17th) time the IMF had come to Ghana for a bailout. In May 1966, (after the overthrow of Dr. Kwame Nkrumah in February, 1966), the National Liberation Council invited the IMF to supervise the privatisation of the non-profit making state corporations in order to turn them into profitable institutions. The IMF stay for this “standby arrangement” lasted until May, 1969.

In January, 1979, the country went to the IMF for the second time after a series of corruption, economic mismanagement and the effects of military coups slowed down economic growth in the country. The country had, under the head of state, Ignatius Kutu Acheampong, led the country under “Operation Feed Yourself” and “Operation Feed Your Industries”. The brutal Rawlings-led coup of 4th June, 1979 did not help matters. Under the PNDC, Rawlings went to the IMF in 1983, 1984, 1987, 1988 – to help solve the hunger crisis, with the Structural Adjustment Programmes and the Economic Recovery Programme removed the state-controlled economy and brought in market-oriented economy, thereby stabilising the economy and reducing inflation from 142% in 1983 to 10% in 1991.

The golden, illustrious President Kufuor went to the IMF in 2003, after taking over power in 2001 and Ghana went under HIPC, thereby reducing government's debt from US$66 billion in 2003 to $23 billion in 2006. The IMF directed the government to use the amount “forgiven” in education, health care, good governance.

In 2015, faced by incessant “dumsor” (errant electricity flow) the IMF approved US$918 million to support President Mahama's reform programme aimed at faster growth, job creation and the protection of social spending. The country at that time thought the IMF was the only avenue to revive the weak cedi and the struggling economy.

There was massive chastisement against Mahama going to the IMF on the part of the NPP. Some people called it madness and used unprintable words to describe the move. In March 2019, there was a “kenkey” party by the staff of the Ministry of Finance to “celebrate” the end to Ghana's ties with the International Monetary Fund. The present government touted “Ghana beyond Aid”, NPP condemning the incompetence of National Democratic Congress (NDC)'s overture to the IMF for economic bailout of US$918 million and making the country undergo certain conditionalities – government could not recruit, thereby increasing the unemployment situation; government could not increase salaries; the government had to remove subsidies on utility and petroleum products.

Ken Ofori Atta, the Finance Minister, had always resisted Ghana going to the IMF. Of course, as a man, one had to be steadfast, and cling to one's principles. Bloomberg's survey had shown Ghana's indebtedness to be $335 billion. President Akufo-Addo, in an “Encounter with the Media in December 2018, had noted: “We are about to exit at the end of the year from the IMF programmes since we joined the institution… The most important lesson we must derive from our IMF experience is that we cannot afford any longer any disarray in our public finances.”

In 2020, Dr. Mahamudu Bawumia (Vice President) had noted: “You remember that the NDC government had to go to the IMF to rescue the economy? That was indeed a rescue mission!” Why not? Hadn't Dr. Bawumia, during the 2016, lined up Professor Gyan Baffour, Dr. Akoto Osei, Dr. Afriyie Akoto, Alan Kyerematen, Boakye Agyarko, Ken Ofori Atta and Yaw Osafo Maafo as a strong economic steam? In a way, most of the NPP gurus were re-echoing what the then Nigeria Minister of External Affairs had said in 1985: “The IMF is a bad doctor who prescribed the same treatment to all patients, no matter their ailments.” The expectations from IMF are austerity measures, reduction of government spending (including the health system, pro-poor social intervention tools like free SHS, LEAP), and the reduction in the size of government.

But why should we curse ourselves and wait to be engulfed by worse economic crisis, just because we had once criticised a government for going the IMF-way? Akura se maka, menwee (the mouse says I have bitten not chewed). A “mea culpa” should suffice. Whether the conditions are the same or not… Most economic theories end with: “…all things being equal.” When have all things been equal? Did any modern day Jeremiah, Isaiah, Ezekiel, Hosea, Amos, Micah, Zechariah prophesy the Wuhan-disease (COVID-19) or the Russo-Ukrainian combat, and the universal effect of these on world-economies? What has happened to Belgium, France, U.K., U.S.A., Sri Lanka, Argentina…too numerous to mention.

The General Secretary of the Ghana Agriculture Workers Union (GAWU), Edward Kareweh, does not think IMF is the solution. He thinks: “The solution (to Ghana's economic problems) does not lie with the IMF. The consequences of going to the IMF will mainly be borne by labour, and that is why we are opposed to it. IMF will expect government to cut down wages, freeze wages, and all manner of things that do not inure to workers' welfare.”

The IMF, formed in 1944, at the Bretton Woods conference with 189 members, and beginning operations in 1945, has the following objectives: fostering global monetary cooperation, securing financial stability, facilitating and promoting international trade, as well as employment and economic growth around the world. It has the following functions: regulatory (code of conduct); financial (financial support to meet short term and medium-term balance of payment disequilibrium) consultative (a source of counsel).

What do we have to hide that should make us shy away from the IMF? Or do we agree that we are where we are because of financial leakages, reckless, extravagant expenditure, failure to widen the tax net, corruption as alleged by Dr. Solomon Owusu of California?