By Jan van der Made with RFI
China 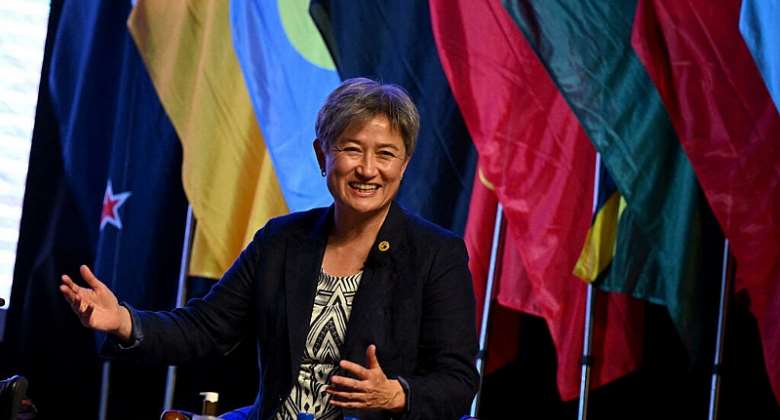 This year's Pacific Islands Forum is the region's most important meeting in years, coming after a Covid-enforced hiatus and as low-lying tropical isles run out of time for climate action.

Fiji president and forum chair Voreqe Bainimarama opened Tuesday's first meeting with a warning that the "runaway climate change crisis" threatened the security and sovereignty of many Pacific nations.

But instead of a singular focus on the threat of rising sea levels and ever-more-powerful storms, a shock decision by Beijing-allied leaders in Kiribati to quit the forum altogether, revealed on the eve of the summit, loomed over proceedings.

Geopolitical jostling between the United States and China has been building since Solomon Islands signed a security pact with Beijing in April.

'Fight this emergency'
Leaders gathered at Suva's luxurious Grand Pacific Hotel will discuss a strategy to guide the Pacific through to 2050, keenly focused on the existential threat posed by climate change.

They will also debate announcing a climate emergency in the Pacific and whether to endorse a push, spearheaded by Vanuatu, to ask the International Court of Justice to weigh in on nations' climate obligations.

Vanuatuan prime minister Bob Loughman said Tuesday that the people of the region "are calling on us, Pacific leaders, to take action to fight this emergency".

But Kiribati's exit from the forum has sparked concerns about a fracturing of the Pacific's closely held unity, which gives the region of small island states heft in global climate negotiations.

New Caledonia on the agenda
The 2021 New Caledonia independence referendum is also a talking point that may overshadow climate change.

Voter turnout was 43,87 percent of 184,364 registered voters with 96,5 percent voting against independence and only 3,5 percent in favour.

The Pacific Islands Forum had sent an observer mission to the referendum, consisting of big-gun islanders, notably Fijian politician Ratu Inoke Kubuabola, Forum Secretary General Henry Puna, and Samoa's High Commissioner to Fiji Ali'ioaiga Feturi Elisaia, formerly the Samoan ambassador to the United Nations. But they were not happy.

In a statement, they noted that “a significant proportion of registered voters, mainly Kanak and pro-independence supporters chose to refrain from voting in support of their non-participation stance made know before the referendum.”

According to the Fiji-based Islands Business, an online news publication based in the Fiji Islands, which saw the final report of the mission, the observers “questioned the credibility” of the referendum, saying that it was carried out “with the non-participation of the overwhelming majority of the indigenous people of New Caledonia,”

The resut, the report continues, is that the vote was “an inaccurate representation of the will of registered voters and instead can be interpreted as a representation of a deep-seated ethnic division in New Caledonia, which the Committee fears has been exacerbated by the State's refusal to postpone the referendum.”

The mission also criticised the French government and President Emmanuel Macron for refusing to delay the vote, saying that “a postponement could have prevented the political polarisation that now threatens to derail all the hard work and achievements that have been accomplished in the last three decades.”

'Silence about France's obligations'
The growing tensions between Australia and China won't help those who are fighting for New Caledonia's independence, and not much help is expected from Australia.

After France and Australia patched up relations with a visit of Australian Prime Minister Anthony Albanese to Paris on 1 July following a diplomatic fallout over a submarine deal-gone-wrong, New Caledonia's local interests seem to be forgotten, writes Islands Business.

“In all this bonhomie, there was silence about France's obligations as an administering power in New Caledonia, responsible for the decolonisation process in one of Australia's closest neighbours," it reads.

“New Caledonia is largely invisible in the current media furore over China in the Pacific, even as supporters and opponents of independence are preparing for crucial negotiations with the incoming French government.

“The talks will focus on the future political status of France's Pacific dependency, with a new agreement supposed to be finalised by June 2023."