Letter From The President: Cottons and Gizzelles 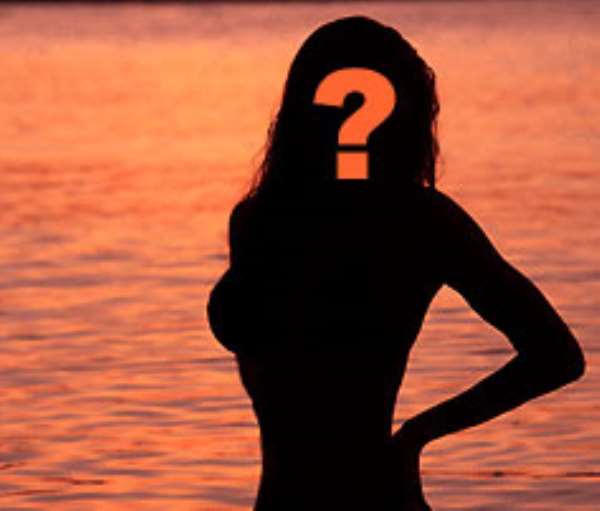 Countrymen and women, loyalists and opponents, I have met my Cotton… If you don't know what I mean, let me explain. I never knew about the woman called Cotton until I came to sit on the Black Star Stool. This Cotton woman used her feminine charms and wiles to swindle Jerry Boom and his government. They gave her a lot of money to undertake a lot of grand projects, including the scandalous Aveyime Rice project. When I first heard of this her, I couldn't understand why Jerry Boom and his government (especially Kwame Prahpe and Victor Melorsey) decided to invest so much in a Cotton, expecting rice in return. “Didn't they know about the saying that a crab cannot sire a bird?” I asked myself. How can a Cotton produce rice? Only Jerry Boom and his government knew. Apparently, the NDC government gave Cotton so much leeway because Jerry Boom (allegedly) had free, unfettered access to her website.

I swore to myself that I will never be so stupid. I vowed never to allow my libidinous improprieties to interfere with my presidential duties.

Unfortunately, what happened to Jerry Boom has happened to me. I met my Cotton very early in my administration. Her name, however, was Gizzelle. She came in as an advisor to my government – supposedly to help us with our debt servicing negotiations whiles allowing me to service her “small-small”. Everything was going smoothly, until I decided to buy a certain hotel. My Gizzelle was greedy – just like Jerry Boom's Cotton. I realized that she wanted the hotel to herself and so I decided to get rid of her. And she went away with a lot of sour grapes in her mouth.

Now the ghost of the living Gizzelle is haunting me. Gizzelle decided last week to spill the beans by telling a radio station about our sexcapades. I can't deny her allegations that we had an intimate relationship. That's why the statement from my chief of staff only denied my involvement in the hotel transaction and stayed silent on my personal relationship with her. Now you know that I have one more good reason to tolerate Anena. We are birds of the same feather and if I dare sack him, he would expose me even more. The best I can do under these circumstances is to appeal to his conscience and impress on him to resign.

Well, all those revelations about my sexcapades with Gizzelle have really infuriated Mama Tess and for the past seven days, she's refused to allow me to sleep in the same bed with her. At best, I sleep on the couch. When she gets very angry she doesn't allow me to sleep in the house at all. Am supposed to be the most powerful man in Sikaman, right? Yet, thanks to Gizzelle I have been reduced to a 'percher' – sleeping in the homes of my friends and sometimes in hotels.

The situation is even more serious for me because for the past seven days or so, I've not been able to sleep for 60 straight minutes. My sleep is often interrupted by nightmares. In the most recurring nightmare, I see Gizzelle literally “stripping me naked” (apologies to Kweku Baako) in front of a large crowd at the Independence Square. You see, she claims to have tape recordings of ALL our conversations – even the most private ones. I pray that she's bluffing. I tell you, if it's true that she has tapes, I will be forced to resign if she ever releases even one tape to the media. Gizzelle and I used to talk – a lot. Gizzelle is the only person who can really expose me and confirm my involvement in the purchase of the hotel – that is if she really has those tapes. But the tapes (if any) about the hotel transactions do not bother me as much as the tapes (if any) with recordings of my romantic overtures. Our relationship was very steamy. We even used to do 'it' on the phone. If these tapes ever make it to the public domain, I'd be so embarrassed I'll regret the day I was born. I can only keep my fingers crossed and hope for the best. For now, I just want future Excellent Ones (and all men holding positions of authority) to be wary of the Gizzelles and the Cottons of this world. They are usually beautiful and “accessible”. They come to a president with all sorts of lofty promises. They'll promise to help you cultivate rice in sufficient quantities for your citizens (as Cotton did) or help you get debt cancellation (as Gizzelle did to me). Sometimes, they'll even promise to link you up with the most powerful men in the world like the Bushman and Bill Gates and help secure investments for your economy. The promises they make are too good to be true but too difficult to ignore. Add the fact that they make their websites available 24/7 as an added bonus and the temptation to go along with them become irresistible.

But beware! They are evil vultures. They will do more harm than good if you entertain them (and allow them to entertain you). They will embarrass you and compel you to steal for them. When you fall into their traps, you will be tempted to do anything they ask you to. Sometimes, they will steal and force you to cover their tracks for them. They will destroy your credibility and tarnish your image. Now, I realize that I cannot put myself up as the poster boy for fidelity Sikaman. I cannot advise the young men of Sikaman to be faithful to their wives because I've not given them a good example. I don't want any of you to fall into my predicament. But if you do, take consolation in the fact that it even happened to me.