US ruling on abortion: Enjoyment of human rights not absolute — Effutu Ellis 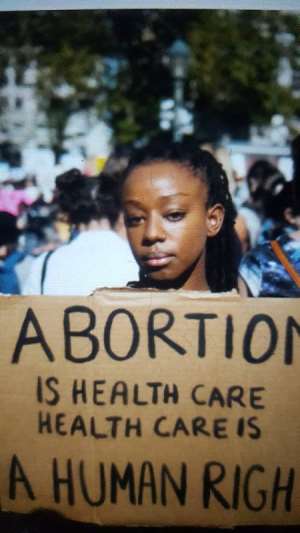 According to Ellis Otabil, recent ruling by the US Supreme Court has cleared controversies as to who or how an abortion can be carried out in accordance with the law.

Effutu Ellis as affectionately called post comes at the back of controversies as to whether Ghana should legalise abortion or otherwise.

The NPP Communicator however, hinted that the issue of LGBTQ+ will be the next test to be dealt with.

Abortion law Aborted by the US Supreme Court.

Roe v. Wade, 410 U.S. 113 (1973),[1] was a landmark decision of the U.S. Supreme Court in which the Court ruled that the Constitution of the United States conferred the right to choose to have an abortion. The decision struck down many federal and state abortion laws,[2][3] and fueled an ongoing abortion debate in the United States about whether, or to what extent, abortion should be legal, who should decide the legality of abortion, and what the role of moral and religious views in the political sphere should be. The decision also shaped debate concerning which methods the Supreme Court should use in constitutional adjudication.

This is a clear indication that enjoyment of human right is not absolute.

What then is human right at all, I there ask

In the fictious case the of the Speluncean Explorers, right to life was put to text and it failed to stand as an absolute right

LGBTQAI+ is next to go down