The Chaos Of A Two-Party State And The Consequence Of The Winner Takes All Consortium. 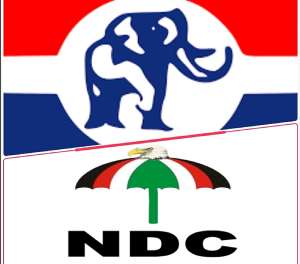 This fourth republic has undergone many phases and transformation within the political dispensation. Although, deemed a multi-party state, the truth remains that, the two dominant political parties remain the National Democratic Congress (NDC) and New Patriotic Party (NPP). These dominant parties have rotated power between themselves since 1992 and often stalling developmental progress and strides made by each other to the detriment of mother Ghana. Both parties are accused of abandoning projects initiated by their predecessors even though, critics say the Npp carries a large proportion of the blame because it has abandoned many projects initiated by the Ndc when they took over office in 2016. That notwithstanding, both should share equally the blame. The prime focus of coming into public office should be for the development as the national anthem reechoes. The winner takes all policy ensures the lack of continuity of unfinished projects to start new ones whereas the loans contracted on behalf of the citizenry continue to be serviced. When this happens, the nation becomes overburdened with loans with little or nothing to show for it because of unfinished or semi-finished projects. What happened to synergy and continuity in the spirit of national patriotism. Putting Ghana first before party lines, party affiliation and personal interest. This ship belongs to us all, if it sinks because we allow it, it is sinking with us. Except that the political class have homes abroad and across the world where they could always flee to. The leaders of these parties must look beyond their political boundaries, to consider the bigger picture; the national interest. Leaders such as Nelson Mandella, Marcus Garvy, Thomas Sankara, Patrice Lumumba, Osagyefo DR. Kwame Nkrumah amongst others are eulogized within the pages of history books because, essentially, they put their countries first and their people first above everything else. The lack of continuity of projects aids in the lack of accountability because contract documents as it were are not properly perused to undercover any discrepancy, the lack of cohesion and inconsistency. The issue pertaining to value for money in contract bidding and procurement breaches are facilitated because they are simply put aside to begin new contracts as earlier on reiterated whilst still servicing loans contracted in anticipation of completing such projects. This implies there is a cyclical indebtedness because the country is shortchanged and shoddy jobs are accommodated. Loan terms expire without project completion hence interest is charged on a loan whose project sometimes have not commenced, or are semi-finished and are abandoned because we went to the electoral polls and Governments changed. The African leader is so inept and wicked to the extent of contracting loans their great grand children would have to pay tooth and nail even though, they know nothing of such loans and why it was contracted in the first place. The 1992 constitution needs to be reviewed and amended as many sections needs to be updated because it seems rather far-fetched, too vague and fairly outlandish to serve today’s purpose of adjudicating justice as the Executive enjoys too much freedom and wields so much power. This makes mockery of the parliamentary vetting committee because in the end the Executive has the final say anyways. The way forward is partnership, synergy and equal participation regardless of whose party is in power, it is time to recognize potential, to run an all-inclusive Government for the betterment of humanity not sectarianism. It’s time to change this long serving narrative of the winner takes all which has outlived its usefulness yet continue to be purported useful. The same effort will automatically yield the same result.