Ghana Goes to the IMF: The End of NPP's "Vasco Da Gama Era" 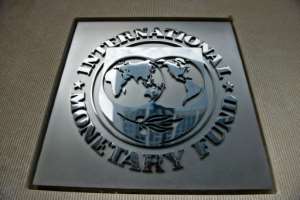 There have been many scholarly speculations about how destructive if not apocalyptic, the "Vasco da gama era" of Western supremacy and paramountcy of world leadership would end. Political hypothesis.

Dr. Carol Bell, a renowned Australian international politics and relations scholar in 2007 spelt out how the unipolar power concentration would be snatched away from the United States of America of the West and shared among China, Japan, India, Russia, and the European Union. And the best the USA could do is to at least still maintain itself as a superpower with these five Blocs.

Historically, Vasco da gama was a Portuguese international who was claimed to have linked the Orient (the East) and the West in the 15th century (1498) when he discovered India through a voyage by sea. This discovery by da Gama Vasco, had laid the foundation of European Imperialism in Africa and Asia (1498-1945). Hence, the Western dominance of the world has been dubbed with his name: "the Vasco da Gama Era".

It was that era Ali Mazrui refers to as the "rape of Africa era” by Europe in his book, The African Condition.

However, with recent happenings in the world and in the West in particular, Russia invasion of Ukraine, predatory capitalism etc., political doomsday prophets have been predicting what to become of the West post its lost of global supremacy and leadership.

Perhaps, this upcoming collapse of the West was what Joseph Stalin saw when he said that "Capitalism as an ideology or civilization is invented by the West for its own destruction".

Fellow Ghanaians, President Akufo Addo's ideology of "Food is ready for political vultures of the New Patriotic Party (NPP)" he has borrowed godforsaken amount of money to achieve, is a lazy man’s approach to leadership he has ever invented for not only his own political infamy, but the catastrophic collapse of the NPP as a political party.

With both the kitchen cabinet and even "bedroom cabinet" of the Akufo Addo government now engage in a dogfight over their leadership surrender to the IMF due to six years of humongous economic mess, it is obvious Ghana will either collapse with the New Patriotic Party (NPP) as a political party, or at least, the party alone is doomed to destruction and disintegration.

That is, the NPP as a party has come to the end of its "Vasco da Gama Era" of state property thefts, "create-loot-and-share, thievery, gangsterism, tyranny, and unbridled monopoly of corruption and gaping incompetence!

Unbeknownst to many Ghanaians, the ongoing economic epilepsy and fermentation in conjunction with the supersonic speed of declining political IQ in the circles of the top level managers of the country, have presented a deeper meaning than what can be envisaged at a first glance. As security analysts have been foretelling what awaits our dear nation, there's a cloud of doom and gloom of an apocalyptic and cataclysmic political collapse that is promising to be more violent than Krakatoa volcanic eruption of 1883, hovering over us.

What I find as an attack on commonsense and good governance is the response to this policy regurgitation by the Akufo Addo government to go to the IMF by some intellectual charlatans who are attempting to twist the arm of the resounding judgement delivered by posterity which has come to judge the government. For them, the Akufo Addo government has done what Napoleon Bonaparte couldn’t do when it initially decided not to go to the IMF. Therefore, the government deserves some praise. Yes.

Despite the fact that no government ever in the history of Ghana has at its disposal the physical cash under the current administration which has been wasted and embezzled by the NPP goons, these useful idiots aver that the government has done well.

Nevertheless, it is important Ghanaians appreciate, in the first place, that the NPP adopted the so-called Ghana Beyond Aid policy to escape the eagle eyes of the IMF. It was for reckless management of the economy why the NPP won’t think of IMF initially. This is because, IMF only tells member countries what ought to be done in their economies. They do not pander to the “nonsense” member countries who seek their advice and assistance want to do.

If the government had gone to IMF earlier the Organization would have asked them to do the right thing by not recklessly spending meagre resources of the state on luxury jets and pursuing of fattened behind of exotic prostitutes. In order to avoid the correct directives from the IMF, the NPP first found it convenient to embark upon fraudulent so-called homegrown policies which they used as vehicle to embezzling every pesewa we ever have in our coffers as a country. Having milked the economy dry, the NPP now turns to the IMF for more cash to cart away.

I trust the IMF is a responsible financial institution. I predict the Institution would turn Ghana away like it did to the Sri Lanka whose economy finally came to its knees.

The truth is that, the one factor which has brought us to this brink still stance. Corruption. And if a crocodile can eat its own eggs, what can’t do to the flesh of a frog? If our economic managers could loot all that we ever have in our national kitty as a country, what change can International handover bring? Hence, the hovering political disaster and doom of either a coup d’etat (may God forbid), a failed economy (state), but the NPP as a party would never survive this embarrassment of leadership conundrum. The party has begun collapsing in stages.

From hindsight, our dear nation may appear on the edge of a cliff of doom ready to somersault alone, but a closer look suggests, that the NPP government which has engineered the current mess, is collapsing, dying, and dismantling more, slowly but certainly and painfully.

And the Conventional People's Party, CPP which later became a shadow of itself after being the first political party to have ever won elections in Ghana, has a brighter and better future than Elephant Party in the unfolding decades.

What the NPP intended to do to their opponent NDC in order to keep the NDC in opposition forever for which reason they adopted economic “painkiller policy” (expansionary fiscal policy) to run a two term government of eight years, has backfired them big time.

It does not take rocket science to arrive at this new political arrangements of the country. The empty stomachs as well as honest, transparent, and accountable leadership post His Excellency, former president Mahama next term as President, shall achieve this change.

When this time comes Ghana shall be the winner. Because, the country shall get the opportunity to have only one developmental agenda and plan to charter as a One Party State.

The demand for having one developmental blueprint as a country to be led by successive leaders and presidents has been over due. It is high time Ghanaians seize the opportunity. That is, the seemingly Two Party State Ghana has been running in this Fourth Republic would further shift to One Party State post Mahama's next tenure as president come 2024. In Sha Allah.

This is the end of NPP’s Vasco da Gama Era.

While I can't predict what shall become of the West after the shifting of world's superpowership from unipolarity to multi-polarity of world dominance and leadership, Ghana shall be free from its chains NPP’s Vasco da Gama era.