IMF bailout: Save Akufo-Addo the embarrassment and resign — CPP's Frimpomaa to Ken Ofori-Atta 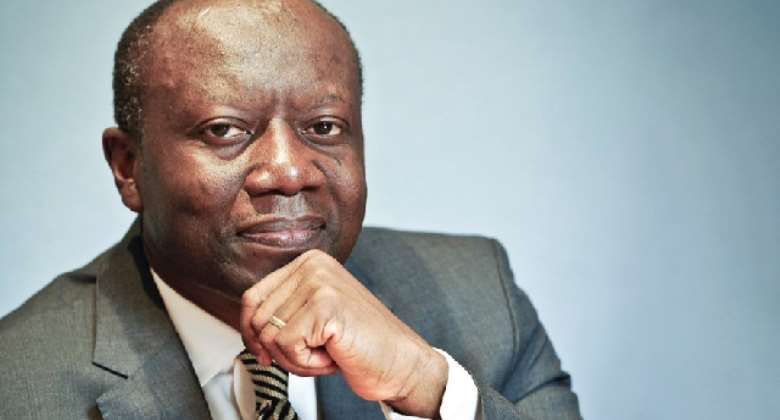 The Convention People’s Party’s Nana Frimpomaa has asked Finance Minister Ken Ofori-Atta to resign for taking Ghana to the International Monetary Fund (IMF) for a bailout contrary to his words that the country would not resort to such a measure to fix the economy.

Early this year, Mr Ofori-Atta said Ghana is a “proud” nation of “strong” people with the capability to find her own solutions to problems and, thus, will not run to the International Monetary Fund (IMF) for help.

Speaking at the third in a series of town hall meetings in the Northern regional capital of Tamale in February, Mr Ofori-Atta said: “… I can tell you, as my colleague Deputy Minister said, we are not going to the IMF; whatever we do, we are not; the consequences are dire, we are a proud nation, we have the resources, we have the capacity”.

“Don’t let anybody tell you – like when Joshua, Caleb and the 10 others went to spy on the Promised Land and only two of them came to say that, ‘We can do it’, and the 10 went around the community murmuring, ‘You can’t; da da da da da da’; we are not people of short-sight and we had to move on, so, let’s think of us as who we are: a proud, strong people, the shining star of Africa and we have the capacity to do what we want to do if only we can speak by one language and ensure that we burden-share in the issues ahead”.

However, upon the orders of President Akufo-Addo, Mr Ofori-Atta recently opened discussions with the IMF for a bailout.

In the view of Nana Frimpomaa, however, Mr Ofori-Atta, who is a cousin of Nana Akufo-Addo, must save himself and the President the shame.

“I’m finding it difficult to say it but honourable minister, do the honourable thing; save your brother the embarrassment – just resign”, she said in a video.

“We all know you are good but this area of what we are going through now, for the things you said, it’s just proper that you resign so that the next generation and the next people that we are going to leave this country for, will realize that they would say things they mean and they would mean the things they say. That is a very important lesson as we move on”, she noted.