'You've served 16years, it time to retire for fresh brain to take over' — Presidential Staffer to Offinso North MP 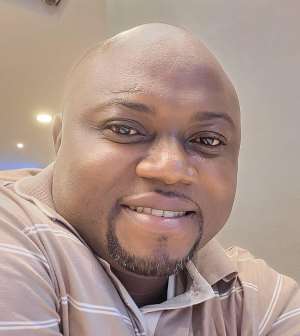 4th term Member of Parliament for Offinso North Constituency Hon Augustine Collins Ntim has been admonished to voluntarily give up any decision to seek reelection as MP or face stiff contest in the party's parliamentary primaries.

This admonishment comes in the heat of agitations and lamentations from a cross-section of constituents for what they described as the lack of commitment toward development and progress of the area.

Hundreds of constituents over the past months have been expressing their displeasure at Hon Augustine Ntim and David Akwasi Asare Boakye as M P and DCE respectively in what they termed as poor management of the district.

The latest to join the calls is the Afrancho residents' outburst in a media engagement accusing the MP in the area of taking advantage of their loyalty to the ruling NPP government to deliberately deny them development.

In their reaction to the agitations by Afrancho youth, the DCE and MP for Offinso North while speaking to some radio stations in Kumasi insisted they are on track towards developing the area with roads and other infrastructural projects under contracts.

But in an interview on Cruz FM Morning show, a presidential staffer in Charge of the Project Management Unit, Mr. Adu Boahen Rockson, a native of Nkenkanso said the current MP Hon. Augustine Collins Ntim who doubles as Deputy Minister for Local Government, Decentralization and Rural Development has to step aside for a fresh brain to take over the leadership mantle.

According to him, the MP though has done his best in serving the people of the area for almost 16 years, he sided with the majority of constituents who believes his best is not enough to earn him another term.

"Our brother, AC Ntim has contributed all he can towards developing the area but it's time he make a way for someone else with fresh brains to continue from there.

"In this era, it is expected of every leader world over to inspire developments in their areas, address road challenges, create job opportunities for their people, get your constituents to access government slots for employment and even welfare initiatives within the party membership to cushion them in times of distress. unfortunately, our district is lagging behind in these areas", Mr. Rockson lamented.

He further bemoaned "the current deplorable state of roads in Akumadan, Nkenkanso, Seseku, Nsenoa and Afrancho as appalling and sympathized with residents of Afrancho who recently logged their complaints in the media."

Adu Boahen Rockson who disclosed his intent to contest the seat in the 2024 elections believes the incumbent MP could have done better considering the number of years in service and his role in government as deputy minister was enough to lobby for roads to be fixed including other developmental projects.

"I am ready to contest in the upcoming NPP primaries and lead the party in the 2024 parliamentary elections", he declared.

He added that the decision to contest the seat is borne out of his passion to seek the welfare of constituents and develop the area.

"I have personally engaged director of feeder roads to reconsider the contract nature of our inner roads to the challenges. I have also aided a number of youth within the district into the security services and other government agencies for employment and I am keeping that alive", the MP hopeful revealed.