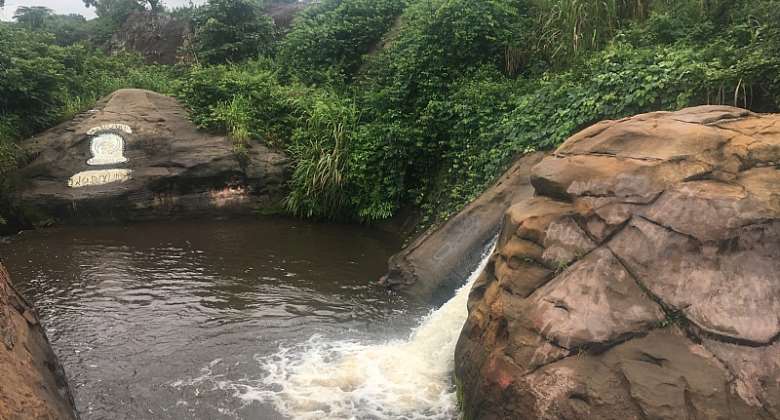 Professor Gabriel Eshun, Technical Advisor to the Ghana Tourism Development Project (GTDP) has reiterated the need to innovate and protect tourism infrastructure to boost tourist attractions in the country.

He noted that Ghana will become the preferred destination for tourism on the African continent and the world at large.

Professor Eshun made the remark when he lead the Technical Advisory Team of the Ghana Tourism Development Project to handover a multi-purpose washroom during the weekend to the Kintampo Water Falls in the Kintampo Municipality of the Bono East Region to improve service delivery at the falls.

Professor Eshun pointed out that the move was part of efforts by the Ghana Tourism Authority to promote the sector, indicating that tourism was a key area the country could generate its revenue.

According to him, the GTDP in collaboration with stakeholders including government was committed to ensuring investment is put at the sector to drive home revenue to support government achieve its development goals.

He hinted that the GTDP was committed to giving a facelift to some major tourist sites including the Buaben Monkey sanctuary, Bono Manso Ancient town, the Slave Camps and the Center of Ghana Point among others to drive home tourist investors.

Nana Effah Guakuro IV, Kontehene of the Nkoranza Traditional area commended the GTDP for the initiative indicating that the edifice would augment the existing ones to promote service delivery at the Falls.

Nana Guakuro underscored the need to establish forest reserves in and around the falls to promote ecotourism. He suggested effective security in the area to protect lives and property.

He urged the management of the Falls to use funds generated to develop it so as to give the facility a good look at all times to attract international tourists.

Nana Guakuro call for the establishment of more receptive facilities such as hotels, restrooms and guest houses that would be rented for revellers who may not want to stay far away from the site when they visit.

During a visit to the falls, it was observed that the facility is being patronized by people in and around the Kintampo community. About 600 to 700 visitors patronize the facility at weekends, while large numbers are recorded during public holidays.

Revellers travel from both the northern and southern parts of the country to have a rest at the falls. Most of the tourists seen during the visit were students, workers and lovers who had come to enjoy their vacations.

This reporter also observed that the falls has developed new facilities such as canopy walk ways, visit to the root of the falls and background history of the falls.