OPEC head Barkindo dies at 63 in 'shock' to oil cartel 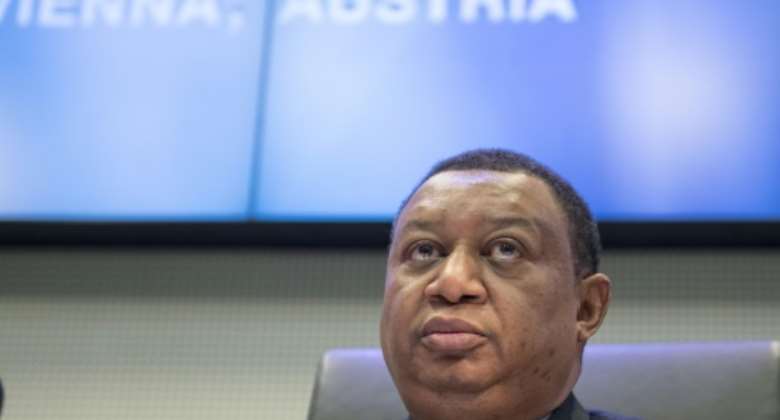 Nigeria's Mohammad Barkindo had headed the Organization of the Petroleum Exporting Countries since 2016 and was scheduled to be replaced by Kuwait'sÂ Haitham Al-Ghais next month. By JOE KLAMAR (AFP/File)

OPEC's secretary general, Nigeria's Mohammad Barkindo, has died at the age of 63, leaving the oil cartel in "shock" on Wednesday at a tumultuous time for the markets.

Barkindo had headed the Organization of the Petroleum Exporting Countries since 2016 and was scheduled to be replaced by Kuwait's Haitham Al-Ghais next month.

Under his stewardship, the cartel forged ties with Russia and nine other oil-producing countries to form a wider group known as OPEC+ in a bid to better stabilise oil markets.

After OPEC+ slashed output during the pandemic to boost prices, the 23-member group's moves have not calmed markets -- with record high prices -- in recent months amid the war in Ukraine.

Barkindo died late Tuesday and will be buried on Wednesday in his home town of Yola, according to the Nigerian National Petroleum Corporation's chief executive Mele Kyari.

"Certainly a great loss to his immediate family, the NNPC, our country Nigeria, the OPEC and the global energy community," Kyari wrote, without providing any further details about the circumstances of Barkindo's death.

"This tragedy is a shock to the OPEC Family," Vienna-based OPEC tweeted.

"We express our sorrow and deep gratitude for the over 40 years of selfless service that... Barkindo gave to OPEC. His dedication and leadership will inspire OPEC for many years to come."

In a statement, OPEC described Barkindo as "a trailblazer widely admired and respected throughout the globe. A dear friend to many."

Only a few hours earlier, Barkindo -- who had not shown any sign of being ill -- had met Nigerian President Muhammadu Buhari in Abuja, where Buhari praised Barkindo's "distinguished achievements at OPEC".

"You were able to successfully navigate the organisation through turbulent challenges," Buhari had said.

Barkindo himself in a speech last year described serving as OPEC secretary general for two terms as an "honour of a lifetime".

The OPEC secretary general does not wield any executive power, but is the cartel's public face and frequently has to act as a diplomat to bring together the different, sometimes conflicting interests of the various member countries.

For analysts, Barkindo's death will not have an impact on OPEC's strategy in the long-term.

"But in the short-to-medium run, it will increase uncertainty about OPEC's next steps and add to the price volatility as he was a figure of unity for OPEC," said Swissquote analyst Ipek Ozkardeskaya.

"But his death is unlikely to change OPEC direction despite more outside politics entering the picture," the expert said, predicting that his successor, Haitham Al-Ghais "augurs for the status quo given Kuwait close ties with Saudi Arabia, which wields the most influence" within the group.

In a message to Nigeria's Buhari, Russian leader Vladimir Putin hailed Barkindo's "important" and "personal contribution" to the creation of OPEC+, saying Russia would remember him "as a true friend of our country".

Born on April 20, 1959, Barkindo graduated from Ahmadu Bello University in Nigeria's Kaduna State with a degree in political science.

He later obtained an MBA in finance and banking in the United States and studied petroleum economics at Oxford.

He became Nigeria's representative at OPEC in 1986. Starting from 1992 he occupied a number of positions within NNPC, including as its head from 2009 to 2010.

Hottest Photo Reports
Catch up with all the political quotes from our politicians.
Advertise here
More from Africa
ModernGhana Links
Jihadists spread from the Sahel to coastal West Africa
Pressure on Springboks after All Blacks bounce back
Late All Blacks tries beat Springboks to give coach Foster lifeline
TOP STORIES