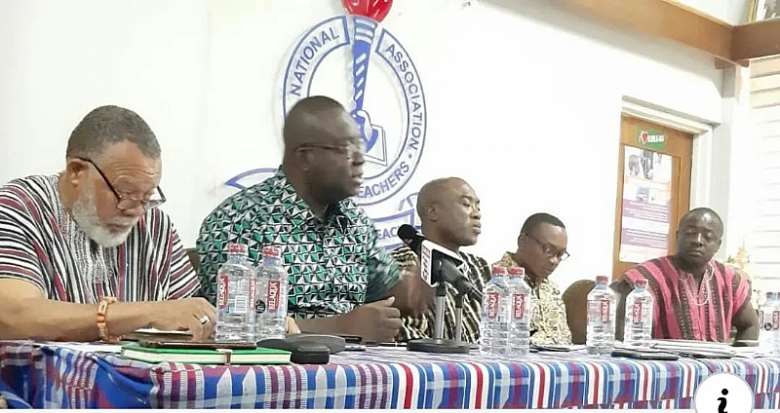 A policy analyst with the Africa Education Watch (Eduwatch), Divine Kpe has urged striking teachers in the country to reconsider their demand for 20% Cost of Living Allowance (COLA) to make it possible for the financially constrained government to pay.

Speaking to Starr News, Divine Kpe says the teacher unions have a good case for making the demands for their members.

He is however of the view that in the midst of the current economic hardships, the government won’t be able to pay 20% COLA.

The policy analyst with the Africa Education Watch proposes that the striking teachers should meet the government halfway to ensure the impasse is resolved for teaching and learning to resume in pre-tertiary schools.

“How inflation is affecting food and goods I believe the 20% indeed is legitimate but if you look at it the situation that the government finds itself to the extent of having to go to the IMF for a bailout. They (teachers) will have to be circumspect with what we also want from the government.

“We do not want the situation whereby this strike will make students be at home as seen during Covid era. We don’t want to see students sitting home any longer given the fact that during COVID-19 school closure has taken away a lot of student learning time,” Divine Kpe said.

Today, the leadership of the teacher unions is meeting with the government to discuss the way forward.