I won’t accept appointment from another party — Henry Quartey 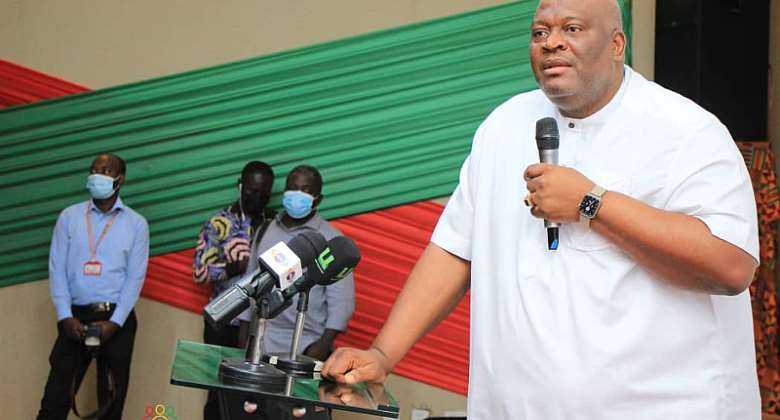 Greater Accra Regional Minister, Henry Quartey has made it clear that he will not accept any appointment from any political party because of his good works.

He said he will wait for his party to return to power to continue his agenda.

Speaking on Accra based Joy Prime today, he indicated that, he does not mind serving Ghana however; service through another political party apart from the NPP was a no.

According to him, he could still serve his country through media engagements and other backstage efforts.

Even when they are not in power I am able to serve my country by way of coming here (media) speaking to people, letting them know what’s going on and there are other ways of doing so back stage. It shouldn’t be through an appointment from another political party,” he said in answer to whether he would respond to a call from another party in power to continue his works.

The Minister who doubles as the Member of Parliament for Ayawaso Central recently deployed a task force to help chase out traders from turning some major streets into trading centres in Accra.

Hottest Photo Reports
Catch up with all the political quotes from our politicians.
Advertise here
More from Headlines
ModernGhana Links
Customs, Labianca scandal: 'You're a small boy, I'm older than you' — Customs Commissioner fights Special Prosecutor
'Forgive me if I was wrong to spearhead renovation of Asomdwe park' – Koku Anyidoho begs Mills’ family
IGP shakes up top officers
TOP STORIES