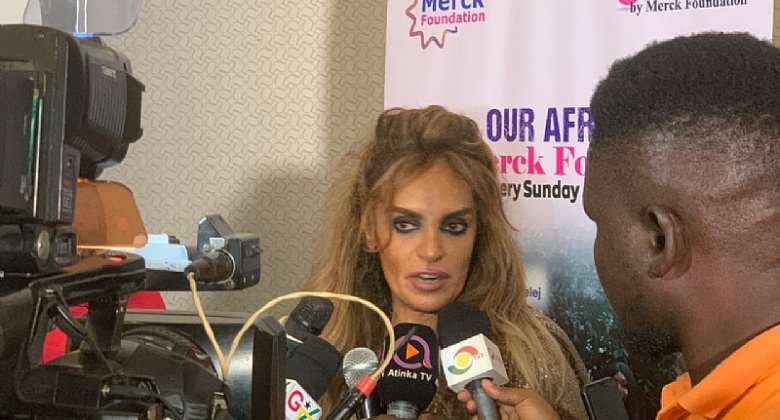 The TV show which airs on GHOne TV on 2.pm on Sundays, features designers, both experienced and amateur ones to showcase their creativity on how they could help on tackling and ending the stigma.

The event came off in Accra on Sunday, July 3, 2020, where health professionals, fashion designers, media personnel, and other stakeholders met to work together for a successful launch and deliberations.

Why The Use Of Fashion To Break Infertility Stigma Against Women

In an interview with Modern Ghana, the CEO of Merck Foundation, Dr. Rasha Kelej, noted that fashion has become a trend on social media all over the world.

A stunning fashion design is something that gains attention almost instantly, therefore, the quest to use fashion to drive home the point of ending the stigma against infertility, especially against women, Dr. Kelej expatiated.

There were some designers who showcased their skills at the event. Some of them had inscriptions in their designs such as “It Takes Two [to have a child]”. This design literally means that it takes both a man and woman to have a child, therefore, when a couple suffers childlessness, accusing fingers should not be pointed at one - the lady.

Another had the inscription “More than a mother”, seeking to drive home the point that a woman should not be restricted to only childbearing, and that even if she is not able to achieve that she can play other equally vital roles than just being a mother. She could be a teacher, a CEO, a business person, or generally a successful woman still without a child.

She urged the designers to make everyday clothing that conveys the infertility stigma awareness message for people to purchase and wear everywhere they go.

Merck Foundation, she noted, is keen on increasing its sensitization, campaign, and awareness programmes on curbing other issues bothering women, including child marriage, Female Genital Mutilation, domestic abuse, gender inequality against women, and all other gender-based violence against women.

Dr. Kelej called for all hands to be on deck to end the female infertility stigma.