'Covid-19 isn't the cause of hardships, the fundamentals are weak' — John Jinapor 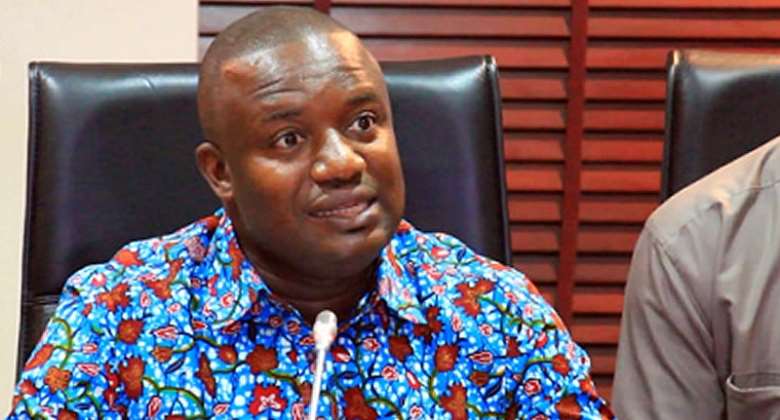 Member of Parliament for Yapei Kusawgu, John Jinapor has said COVID-19 is not the cause of Ghana's ailing economy.

He said even the cedi had begun to depreciate way before the COVID-19 outbreak.

Speaking on Accra-based Metro TV today, he indicated that even in 2019 the cedi had depreciated badly.

He noted that all was not well with the economy as government is forcing Ghanaians to believe.

“Let nobody tell that it’s because of Covid. Egyapa says in 2019 the figures were in the right direction. That's not true. Take Bawumia's own assessment that if the fundamentals are weak the exchange rate will expose you. In 2019 the cedi depreciated by 13%, worse than ever. 2019 they claim everything was good. The economy grew so much. If the economy grew so much why is your currency not stabilizing? If your economy is growing it means productivity is very high,” he stated.

According to him, government has constantly borrowed from reserves and bonds prior to covid-19.

He alleges that Akufo-Addo borrowed GHS2.2 billion from the Eurobond to fund just the Free SHS in 2019 without investing in capital expenditure.

According to him, government borrowed $2.5 million dollars and converted it to cedis describing it as domestic debt.

Also, IMANI Africa Vice President, Kofi Bentil also stated that the signs of Ghana's economic woes were very visible to everyone even before the Covid-19 pandemic.

He indicated that Covid-19 and the Russian-Ukraine war only exacerbated the already ailing economy.