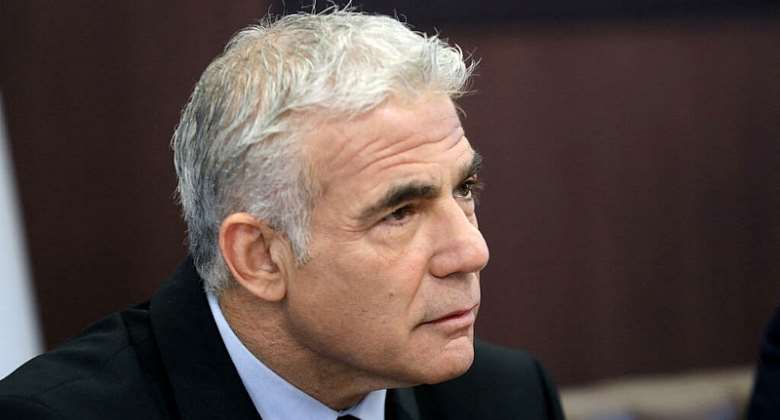 Israeli Prime Minister Yair Lapid is making his first foreign trip in office to France and has asked Paris to mediate in a dispute with Lebanon over gas supplies. Other items on the agenda include Iran's nuclear ambitions, and the war in Ukraine.

Less than a week into his premiership following the collapse of Israel's coalition government, Lapid made Paris his first destination, for a meeting with French President Emmanuel Macron.

The trip had already been put on the agenda by Lapid's predecessor, Naftali Bennet. During Lapid's first days in office, Lebanon's Hezbollah movement launched three drones towards the offshore Karish gas field in the eastern Mediterranean, which the organisation claims is in Lebanese territorial waters.

US-backed talks on border negotiations stalled after Lebanese demands that UN maps, which show the gas field to be Israeli territory, be altered.

"It is on Lapid's agenda to ask France to exert some balancing or some control over the dangers of Hezbollah attacks," according to Gerald Steinberg, Emeritus professor of political science at Bar-Ilan University in Israel.

"France is considered to be the main European interlocutor with Lebanon," says Steinberg, pointing out that President Macron paid visits to Beirut after the massive chemical explosion in the port in August 2020.

Iran, which is Hezbollah's major backer, will also feature in the talks between Macron and Lapid. Israel campaigns actively against any revival of the 2015 nuclear deal which gave Tehran respite from sanctions, until the US, under then President Donald Trump, walked away from the deal.

Since Joe Biden took over at the White House, there have been attempts to revive the deal, but recent informal talks between Washington and Tehran in Qatar failed to yield any result.

Meanwhile, Israel is exploring possibilities to play a role in supplying the EU with gas, now that imports from Russia are no longer an option.

In June, Israel and Egypt signed a Memorandum of Understanding (MoU) that would allow Egyptian and Israeli companies to develop a partnership to export liquid natural gas (LNG) to the EU.

However, says Steinberg, "it's not going to make a huge difference. The amount of gas we're talking about in the timeframe is not something that will come online in the next six months or a year."

Yet it is symbolically important as it shows that Israel can play a useful role in providing energy, Steinberg says.

Moreover, from Israel's point of view, any suggestion of allowing Iran back into the international market is anathema.

During the last G7 meeting in Germany, Macron suggested that Venezuela and Iran could be allowed back into the international oil market in order to increase production and lower prices, vastly inflated since the Russian invasion of Ukraine and Western calls for a boycott of Moscow's gas and oil imports.

For Israel, it "is a concern, that we are going to see that kind of repair of relations with Iran in order to get Iranian oil back on the market for lower prices," says Steinberg.

"And it is clear for every Western leader that the domestic rise in oil costs because of the refusal to buy Russian oil, is very costly, politically and economically," he says, arguing that "it's now the time that Iran should be squeezed into stopping its nuclear program and not being welcomed back without any kind of significant change in policy." But it is far from clear if France, and other Western nations, will respond to Israel's concerns.

Lapid's visit to France comes days before a trip by US President Joe Biden to the Middle East, where he will be welcomed in Israel before travelling on to Saudi Arabia.