A/R: 40-year-old man dies after falling into borehole at Dwenewoho 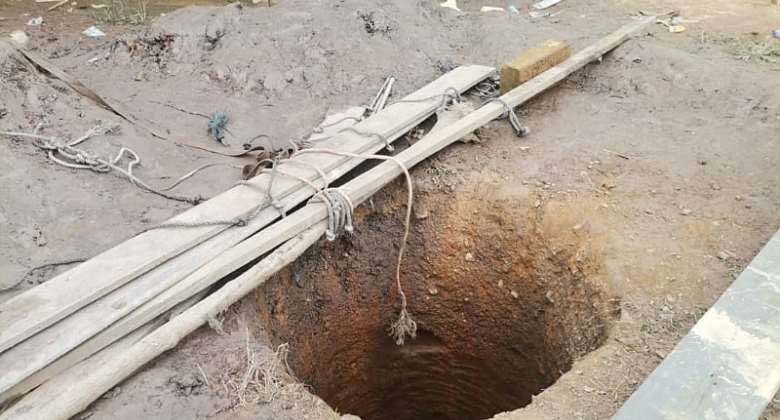 Residents of Dwenewoho, a suburb of Mankranso in the Ahafo Ano South District of the Ashanti Region are in total shock after a 40-year-old farmer allegedly died after falling into a borehole.

Kwadwo Awuni, affectionately known as Agabus was said to have died after falling into the 43-feet-deep borehole on Monday, July 4, 2022.

Narrating the incident to this reporter, Mr Jasmani Atibu who was working with the deceased on the borehole said his friend fell into the hole after he tried to fix a pumping machine which was left in the middle of the borehole on that day.

"We needed to pump out the entire water in the borehole to help us complete our work, so Agabus climbed down to fix the machine which was initially given us problems.

"Agabus after fixing the machine tried to start but he fell into the deep hole in the process," he said.

Jasmani added that two people who were present at that particular moment climbed down in an attempt to rescue the deceased but all their efforts to locate him failed.

They later reported the incident to police and Fire Service Officials in the area.

The deceased was retrieved three hours after the security officials teamed up with youth in the area.

He was however pronounced dead at Kokoben Hospital.