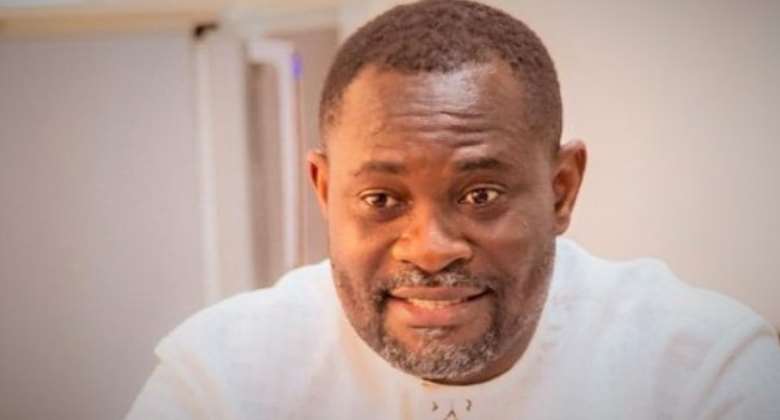 The Government says it is hopeful that the support it is seeking from the International Monetary Fund (IMF) will complement existing fiscal and monetary measures to restore confidence in the economy.

Dr John Ampontuah Kumah, a Deputy Minister of Finance, said though IMF support was often short-term in nature, Government "is highly confident" that the Programme would be able to support Government's efforts at turning around the economy.

In a write-up shared with the Ghana News Agency, the Deputy Minister said the Government was hopeful that the move would also restore macroeconomic stability, sustain high growth, create jobs and protect social spending in sectors, including transformative initiatives in education and health.

"We expect an IMF programme to complement the fiscal and monetary measures government initiated through the 2022 budget and beyond. We expect the programme to assist in restoring confidence in the economy, narrowing the twin deficit, halting portfolio outflows, rallying Ghana's bonds and restoring debt sustainability," he added.

Mr Kumah appealed to the citizenry to rally behind the Government and support its efforts to improve the economy, saying: "The structural economic reforms that must be carried out to deal with Ghana's challenges permanently can only be the task of Ghanaians."

Tongues have been set wagging since Friday, July 1, 2022 when the Government communicated it's decision to seek support from the IMF in a bid to revive the economy.

The Government explained that the move was to "provide balance of payment support as part of a broader effort to quicken Ghana's build back in the face of challenges induced by the Covid-19 pandemic and, recently, the Russia-Ukraine crises.”

A team from the IMF is expected to arrive in the country today, Tuesday, July 5, 2022, ahead of crunch discussions with the Government.

The first round of negotiations will commence on Wednesday, July 06, 2022.

While some analysts have supported the move, saying it would help put the economy back on track and boost investor confidence, others have opposed the Government's decision, fearing that the Fund could impose some conditionality that could worsen the plight of the ordinary Ghanaian.

Dr Kumah said the Government had always taken decisions, which protected Ghanaians and assured that it would continue to do so "even if it conflicts with our ideological position."

He said when the New Patriotic Party (NPP) assumed office in 2017, the Government pursued policies and programmes that helped to address the challenges in the economy, including restoration of maceoeconomic stability, leading to the successful completion of the 2015 IMF Programme in 2019.

"The Government made significant gains by restoring debt sustainability with a robust debt management framework, enacted and achieved a fiscal deficit rule of five percent or below, posted a yearly positive primary balance, and maintained zero central bank financing.

"Within the context of these massive gains, Government has always been certain about its capabilities to wither the current economic challenges primarily caused by external headwinds- COVID-19 and recently the invasion of Ukraine by Russia,” he said.

Ghana is going for an IMF programme for the second time in seven years after the Government in 2015 went to the Institution to salvage the economy from hardship.

In March this year, the Government announced a raft of measures, including cutting fuel allocation coupons for all government appointees by 50 per cent to help restore the country's economy to pre-COVID-19 era.

However, the measures appear not to have achieved the desired results in the wake of high debt burden and a depreciating currency, the cedi.