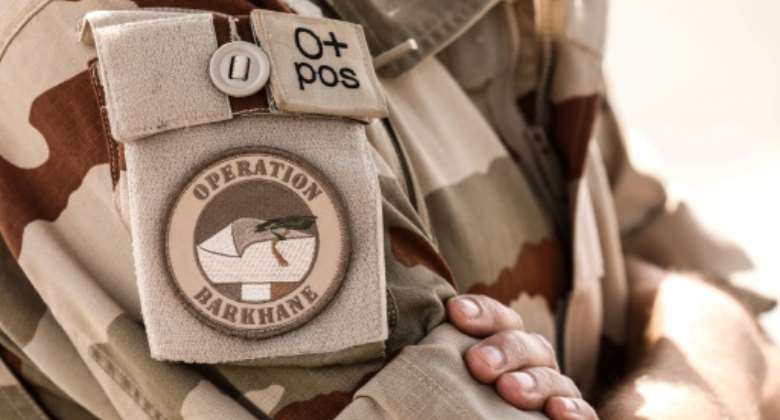 French anti-jihadist operations in the Sahel are set to undergo a major reconfiguration after the pullout from Mali. By ludovic MARIN (AFP)

French anti-jihadist forces in the Sahel will switch operating mode after they leave Mali, acting more "in support" of local forces rather than substituting for them, their commander says.

After nearly a decade fighting jihadists in Mali, France is pulling its troops out of the country after falling out with its military junta.

President Emmanuel Macron announced the withdrawal in February, saying Operation Barkhane would continue elsewhere in the Sahel but in a smaller and reconfigured form.

In an interview with AFP and Radio France Internationale (RFI), Barkhane commander General Laurent Michon said the force now had less than 2,000 men left in Mali.

The pullout was on track for completion "by the end of summer, as the president has requested," he said.

"Around 2,500 French troops" will remain in the Sahel when the operation is over, "but this depends above all on the wishes of the African states," said Michon.

"France and the Europeans are moving towards more cooperative operations," he said.

These operations will be "determined more strictly by requests from the African countries, and will take the form of 'in support of' and not 'in replacement for'" the local military, he said.

Michon gave Mali as an example of the tactics of the past.

"Sometimes we acted in the place" of the local armed forces in mounting operations against the jihadists, he said.

Illustrating the closer cooperation, Michon said that last year a French unit on the Mali-Niger border was placed under the command of a Nigerien general in charge of the area.

And in March, France set up a "partnership HQ" in the Niger capital Niamey, "with the goal of working with African officers embedded" with Barkhane, he said.

As for the pullout, France has already left its bases in Gossi and Menaka in central Mali and is currently disengaging from a camp in Gao, the general said.

"In all, 4,000 containers and just under a thousand vehicles are to leave Mali," he said.

The equipment and parting forces are heading to neighbouring Niger for logistical reasons, but will not stay there, he said.

France intervened in Mali in 2013 to stem a jihadist-backed revolt in the north of the country.

Air power: An armed Reaper drone at Barkhane's base near the Niger capital Niamey. By DaphnÃ© BENOIT (AFP)

At its peak, the mission had 5,100 troops across the region, providing key support in air power, troop transport and reconnaissance.

Fifty-eight French troops have died in Barkhane and its predecessor mission, Serval.

"From my point, the disengagement (from Mali) is not a failure," Michon said.

With Barkhane's help, the Malian army had been able to increase in numbers from 7,000 to 40,000 men, "and we made the terrorist groups keep their heads down," preventing army bases from being overrun, said Michon.

French-Malian relations started to nosedive after Mali's elected president, Ibrahim Boubacar Keita, was ousted in a military coup in August 2020.

The junta snubbed French appeals for an early return to civilian rule and then turned to Russian military operatives -- "mercenaries" from the pro-Kremlin Wagner group, in France's view -- to help its anti-jihadist fight.

As ties worsened, criticism of France amplified, with the junta accusing Paris of having a colonial attitude.

Michon said France had been targeted by a campaign of "disinformation" on social media.

'France, cultivator of terrorism': A placard at an anti-French rally in the Malian capital Bamako in February. By FLORENT VERGNES (AFP/File)

"It's easy to wave a scapegoat at people who are living in an extremely difficult situation in security and humanitarian terms," he said.

In one case, France published a drone video that it said showed Wagner paramilitaries burying corpses in Gossi, whose death would then be blamed on the departing French forces.

"Wagner mercenaries... are living off the country, looting, carrying out abuses -- they have got their hands on the Malian army's command apparatus and do things behind the commanders' backs," said Michon.

We love Adwoa Safo but it may be too late for her – Dome Kwa...
1 minute ago

Alan Kyeremanten to answer questions over ‘Aduro wo so’ heal...
1 minute ago