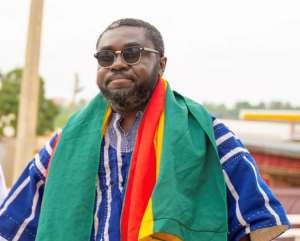 The lead convener of the #Fixthecountry pressure group, Oliver Barker Vormawor says he wishes the International Monetary Fund (IMF) would deny Ghana any package and point to the Akufo-Addo government it must fix to breath live into the ailing economy.

In a post on Facebook on Monday, July 4, 2022, sighted by this portal, he wrote; “I wish IMF will just tell them to go #FixYourself.”

In a similar post on his Facebook wall, Mr. Vormawor expresses desire to greet the IMF delegation in Ghana with a demonstration.

“Tomorrow the IMF guys fly into Accra. Meeting them with a flash protest would have been amazing. But conservative Ghanaian society will be siding with the Police to talk about why didn’t you give the police 5 days' notice. They will forget that our Public Order Act incapacitates groups from mobilizing quickly to protest an urgent thing. They forget that the law isn’t just, just because it’s the law,” he wrote.

He continued, “They will forget the absurdity of asking for 5 days' notice when the fact of their being in town was just announced today. The essence of the right to protest is dissent! Democracy dies without dissent.”

Following the government's decision to seek support from the International Monetary Fund (IMF), a delegation from the fund is scheduled to arrive in Ghana on Tuesday, July 5, 2022, to officially begin discussions with Ghana for a package.

Latest Photo Reports
Catch up with all the political quotes from our politicians.
Advertise here
More from Headlines
ModernGhana Links
[Video] We won’t vote for ‘goat’ branded NPP again — Angry Mamponteng residents tell ‘Boniaye Kai' Akufo-Addo
Ghanaians must be involved in the process of negotiations with IMF – Economist to gov’t
NPP will fail to 'break the 8' due to the behaviour of Akufo-Addo – Political Analyst
TOP STORIES

Ghanaians must be involved in the process of negotiations wi...
22 minutes ago