IMF bailout: Review free SHS if you wish to get good support from IMF —Seth Terkper to government 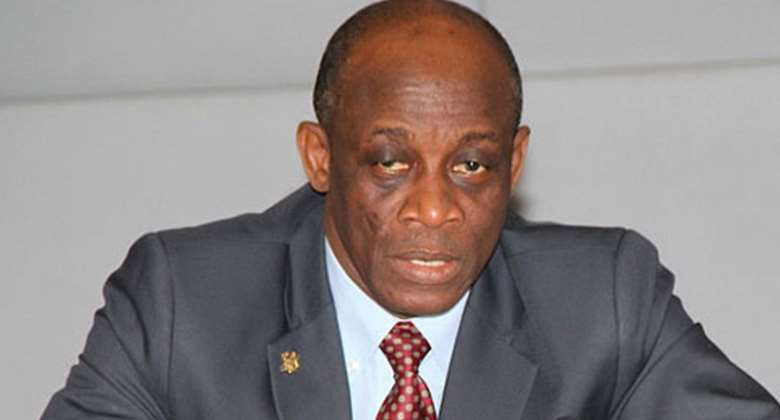 Former Finance Minister, Seth Terkper has said government can succeed in negotiating for a good programme with the International Monetary Fund (IMF) if it review some of its social intervention programmes such as the free SHS.

He noted that the free SHS policy in its current form would not be attractive to the IMF.

Speaking on the Accra-based Joy FM Super Morning Show on Monday, July 4, 2022, monitored by Modernghana News, Mr. Terkper stressed that the debt levels under this government is very high to the extent that Ghana is now borrowing to service the interest of already borrowed ones.

According to him, former President John Mahama reviewed the 200 E-block project and reduce the number to 150 schools before engaging the IMF.

“We were in the Fund [IMF] when crude oil prices fell in 2015/2016. [Then,] our flagship programme was the E-schools. We initially stated that we were going to construct 200 schools. But when the reality hit, President Mahama indicated that we were not going to be able to complete all the 200, we may be able to do 150 and even with that, we rolled it into 2017 and 2018. We were able to construct about 70 when we were leaving office,” he stated.

Meanwhile, some government officials including Miss Abena Osei Asare, a Deputy Finance Minister and Kojo Oppong Nkrumah, the Information Minister have argued that government would still negotiate with the IMF to maintain the free SHS policy.

On Wednesday, July 6, 2022, a delegation from the International Monetary Fund (IMF) is expected to arrive in the country to officially begin discussions on a package for Ghana.

This follows the government's announcement of its decision to seek assistance from the IMF to help salvage the country’s ailing economy.

Latest Photo Reports
Catch up with all the political quotes from our politicians.
Advertise here
More from Headlines
ModernGhana Links
'Rather than turning yourself into AG's interpreter help Energy Minister to be transparent' – ACEP blasts Kofi Abrefa
Time for Ghana to leverage our digitization for digital manufacturing - Bawumia
‘Aduro woso’ health walk was independently organised – Alan Kyerematen
TOP STORIES