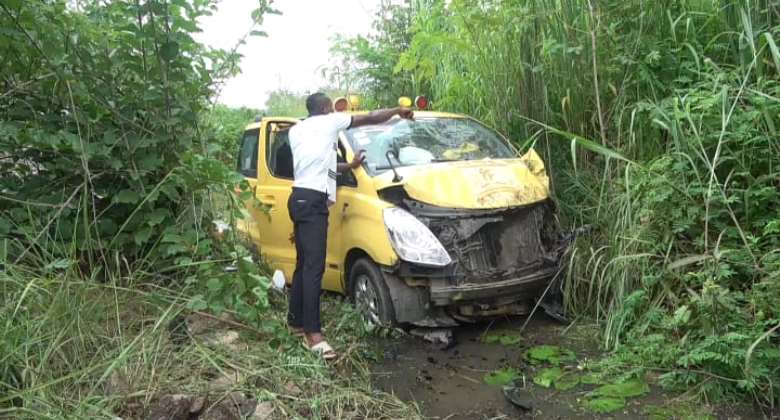 Several people are battling for their lives at the hospital following a crash between two vehicles at Gomoa Okyereko in the Central Region.

The accident occurred on Monday, July 4, 2022, when a GMC private car had an head-on collision with a Toyota Hiace bus transporting food items from Accra to Ajumako Mando Senior High School.

From the information gathered, the driver of the GMC 4×4 car from Cape Coast Direction to Kasoa all of a sudden lost control of his steering and drove into the Toyota minibus which was transporting food items including bags of rice, tins of milk, gallons of oil, bags of sugar, tin fish, eggs, bags of gari among others.

The accident victims have been admitted to Winneba Trauma and Specialist Hospital where three people are battling for their lives due to the severity of injuries.

The Police are reportedly investigating the accident to ascertain the cause of the crash.