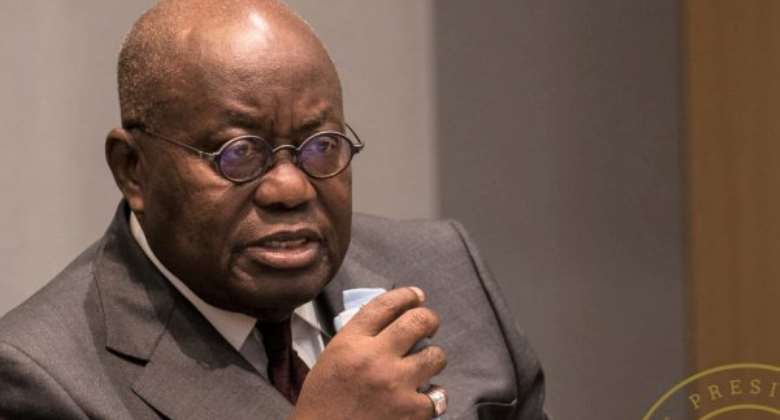 President Nana Akufo-Addo will be the Guest of Honour at this year's 19th Plenary Assembly of Symposium of Episcopal Conferences of Africa and Madagascar (SECAM) in Accra.

The Conference, under the auspices of the Ghana Catholic Bishops' Conference will take place from July 25 to August 1 at the Ghana Institute of Management and Public Administration in Accra.

The opening ceremony would take place on Tuesday July 26 at the Christ the King Parish in Accra on the theme: “Ownership of SECAM: Security and Migration in Africa and its Islands.”

The closing ceremony to be preceded by Holy Mass will be held on Sunday July 31 at the Holy Spirit Cathedral, Adabraka in Accra.

Most Rev Gabriel Kumordji, acting Treasurer of SECAM and Bishop of Keta-Akatsi Diocese on Monday in a press briefing said, the Assembly would bring together about 130 participants, including Cardinals, Bishops, and Representatives of Church Institutions from the continent of Africa, representatives from Pope Francis, and others from the US.

He said the Assembly was initially scheduled to take place in Burkina Faso, but due to the political instability in the country and the non-recognition of the military regime by both the African Union (AU) and the Economic Community of West African States (ECOWAS) in that country, it was changed to Ghana.

Ghana hosted the 15th Plenary Assembly in 2010 to mark the 40th Anniversary of SECAM.

Most Rev Kumordji said the Bishops of Africa have been speaking out and working against the growing imbalances between the Northern and Southern part of the world, as far as the distribution of resources was concerned.

He said, in a recent message known as the “KAMPALA DOCUMENT,” the bishops pointed out the damage being done to creation that is the environment; and the political and economic crisis

"An analysis of the performance of governance in Africa strongly reveals some deficits-the growth in economic, social and political inequalities, which do not guarantee any peaceful future for human beings and social stability.

"Festering corruption often institutionalised as mode of governance, absence of obligation for accountability, and the reign of impunity, all from the same Document,” he said.

Most Rev Kumordji said SECAM had since 2015 maintained an Observer Status at AU which was an important platform for bringing issues concerning the Church to the attention of African governments, organisations and the entire world.

The Bishops of Africa have set aside a day Known as “SECAM DAY” that is observed annually on July 29 at the Diocesan, national, regional, and continental levels in Africa.

SECAM seeks to accomplish together in Africa, Christ's mandate to proclaim the message of redemption to all nations, to foster, promote and preserve solidarity, communion, and collaboration among the bishops of the continent.