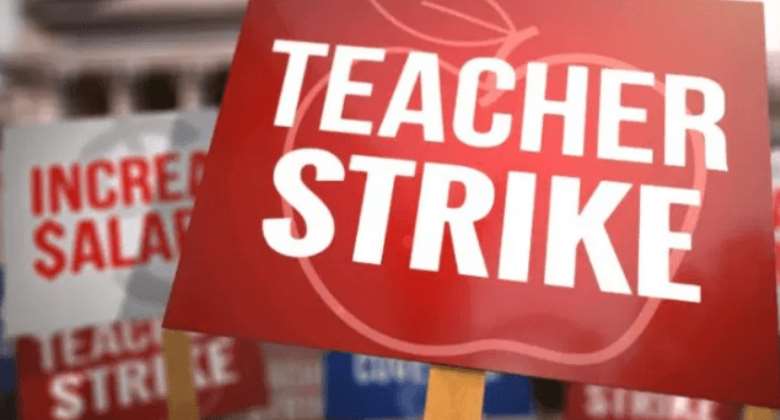 Four of the teacher unions in the country have come together to declare an indefinite nationwide strike effective today, Monday, July 4, 2022.

The decision which is bringing pre-tertiary education to a standstill is to push the government to yield to the demands of the Unions and pay Cost of Living Allowance (COLA) to members.

The Unions in the last few weeks have been threatening to embark on strike action if the government failed to comply with the COLA demands to cushion members in the midst of the hardships in the country.

At a joint press conference today, the General Secretary of the GNAT, Thomas Musah noted that the Unions can no longer sit and watch members go through hardships.

He noted that teachers are laying down tools until further notice.

“We can no longer bear the hardship. Even more so, we reject the inequality of salaries in the public services of this country. We have been compelled under the current circumstances to publicly communicate to Ghanaians on our intention to go on strike, having gone past the June 30, 2022 deadline [that] we gave government for the payment of the Cost of Living Allowance.

“Consequently, we have decided to embark on a strike action effective today, Monday, July 4, 2022. By this, we are informing the general public that we are withdrawing all our services in all the pre-tertiary education space – this includes teaching and non-teaching staff,” Thomas Musah told the press.

The Unions say the only way the strike action will be reverted is if the government yields to the COLA demand of 20% of their basic salary.