Support government in these trying times—COKA to Ghanaians 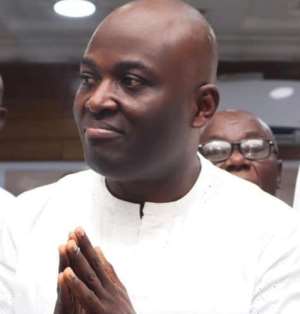 He said Ghanaians should be sober in their utterances and actions in the present socio-economic challenges and play their respective roles to support the government to elevate the country from the economic stress.

Addressing worshipers at the Kumasi Central Mosque as part of his thanksgiving programme, Odeneho Appiah pointed out that things would soon change for the better if all Ghanaians offered the needed support to the government.

“I wish to urged my brothers and sisters gathered here and beyond, to continue to play our parts in our small communities to support the government in its efforts to rebuild the economy.

“Despite the fact that external shocks had worsened Ghana's problems, we are assured that the government is committed to addressing them all”, he told the congregants.

Odeneho Appiah thanked the Muslim community for their continuous support for the government and its programme and policies in all parts of the country and urged them to continue to lend their support to the government.