The Problem of Presidential Travels and the IMF 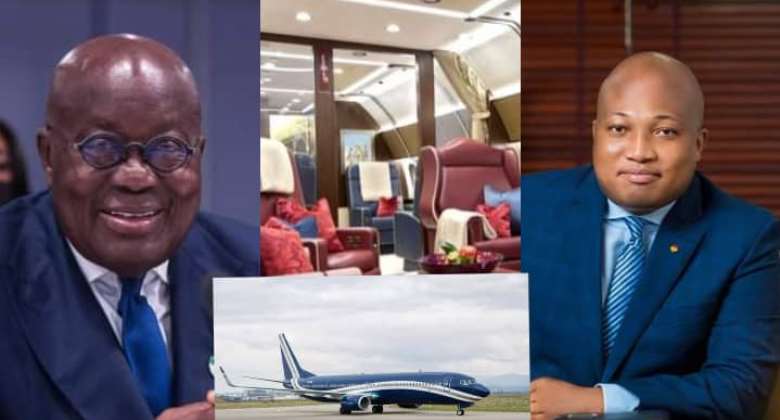 Now that Ghanaian leaders of both major political parties, namely, the ruling New Patriotic Party (NPP) and the National Democratic Congress (NDC), have amply and dispiritingly demonstrated that they do not really have what it takes to efficiently manage their country’s economy, it well appears that every aspect of governance that may be aptly perceived to be susceptible to fiscal waste or profligacy may be deemed to be fair game for public scrutiny and calls for discipline. It is very certain that “experts” from the International Monetary Fund (IMF), whom, we learn, may already be in the country to help the Akufo-Addo Government manage its balance-of-payment difficulties, are almost certain to bring up the raging sticky issue of the cost of presidential travels to the Ghanaian taxpayer.

For quite some time now, the National Democratic Congress’ Member of Parliament for the North-Tongu Constituency, in the Volta Region, Mr. Samuel Okudzeto-Ablakwa, has been loudly sounding the alarm bells, largely via pesky postings on his Facebook page and Twitter handle. Mr. Ablakwa, a former Deputy Information Minister and Deputy Education Minister in the tandem governments of the late President John Evans Atta “Woyome” Mills and President John “European Airbus Payola” Dramani Mahama, respectively, is himself not absolutely without blemish when it comes to a discussion on the subject of highlighting fiscal profligacy.

For instance, Mr. Ablakwa has been known to occupy a full-row of first-class cabin seats on official travels abroad. In the present instance, however, the searing searchlights have been squarely focused on Ghana’s current President, Nana Addo Dankwa Akufo-Addo. In a news article captioned “Akufo-Addo Travelled Widely Even as a Private Citizen – Presidency Replies Ablakwa” (Ghanaweb.com 6/27/22), the North-Tongu NDC-MP, who also sits on the Parliamentary Foreign Affairs Committee and is also the Parliamentary Minority’s Spokesperson on Foreign Affairs, claims that in a 13-month period, Nana Akufo-Addo racked up the humongous amount of GH₵ 34 million at the expense of the Ghanaian taxpayer.

Now, this figure, in of itself, does not speak much about the critical question of whether, indeed, Ghana’s present leader is flagrantly wasteful in his foreign travel expenditures. It does not say very much because Mr. Ablakwa, thus far, has not made any serious concerted attempt to compare the figures that he has been throwing out regarding the cost of Nana Akufo-Addo’s official foreign travels with the travel expenditures of the four Fourth-Republican leaders who served at the Presidency before the current one, namely, the late President Jeremiah “Jerry” John Rawlings; former President John Agyekum-Kufuor; the late President John Evans Atta-Mills; and former President John Dramani Mahama.

Since he either deliberately or conveniently fails to conduct a thorough comparative analyses of the foreign travel expenditures of all the nation’s previous four Fourth-Republican Presidents, only one of whom, that is, Mr. Agyekum-Kufuor, by the way, served on the ticket of the presently ruling New Patriotic Party, the North-Tongu NDC-MP gives the convincing impression of waging a relentless war of personal vendetta against Nana Akufo-Addo. It is almost as if Mr. Ablakwa were hell-bent on thoroughly destroying the hard-earned image and reputation of Ghana’s former Foreign Affairs and Regional Integration Minister and, before he held the latter portfolio, Attorney-General and Minister of Justice.

At any rate, what is equally significant to highlight here is the fact that this is not the very first time that the proverbial red flags have been raised in the matter of the frequent and fiscally profligate presidential travels abroad. Indeed, as your truly vividly recalls, the first issue on this subject first came to light or public attention during the tenure of former President John Agyekum-Kufuor, although this question must have also been raised several times during the 20-year tenure of the late President Rawlings, himself a professionally trained pilot, who was also widely alleged to be in the routine habit of using the jet fighters of the Ghana Airforce to instruct his four officially known and recognized children, namely, Zanetor, Yaa Asantewaa, Amina and Kimathi Rawlings, how to fly, gratis.

On the surface of things, it well appears as if all Fourth Republican Ghanaian Presidents have been in the habit of what may plausibly be reckoned to be a travel competition a la Guiness Book of Records manner or style. They simply appear, nearly each and every one of them, to be mired in the pathological habit of flying abroad so frequently that critically thinking observers begin to wonder precisely when they ever get the requisite amount of time and energy to attend to the affairs of our nation, right here at home, for which they were primarily and almost exclusively elected. As it is all to be expected, their flat and invariable kneejerk riposte has always been that their frequent travels abroad rake in humongous amounts of liquid cash and other unnamed benefits, which they often do not seem to care very much to explain, for the nation.

Naturally, many of us, bona fide Ghanaian citizens, have our own doubts, especially when one reckons the fact that this is the 17th time that, the record keepers tell us, Ghana has desperately resorted to the solicitation of financial assistance from the twin Bretton-Woods establishment of the International Monetary Fund and the International Bank for Reconstruction and Development (IBRD), better known as The World Bank.