By Evan Easton-Calabria - The Conversation
Article 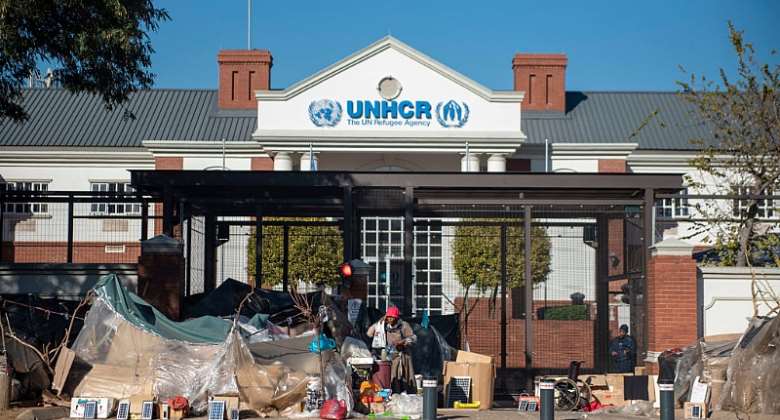 When 5.3 million Ukrainians entered the EU between February and June 2022, alongside life-saving emergency assistance came similarly crucial support: the right to stay and work in the EU for up to three years. This arose out of the recognition that people deserve the chance to make a living in exile – and that doing so can benefit host countries as well.

The UN agency for refugees (UNHCR) defines self-reliance as the ability to meet essential needs in a “sustainable manner and with dignity”. Yet in my work I have witnessed that this often means refugees live independently from humanitarian assistance, but in destitution.

An estimated two-thirds are in poverty . They rarely gain citizenship in host countries and many are even forbidden from leaving camps. At times, there's a blatant disregard for refugees' own agency and skills. Yet these are the very attributes that provide a foundation for living independently.

While living and working in Uganda , I grew curious: has fostering refugee self-reliance always been a goal for the humanitarian and development community? And has it ever been successful?

These questions led me to archives, and in turn to reports by the UN Refugee Agency, UN Development Programme, World Bank, Oxfam, International Rescue Committee, and other actors. These documented decades' worth of self-reliance projects for refugees in Greece, Tanzania, Pakistan and beyond. My book, Refugees, Self-Reliance, Development: A critical history , shares many of the stories I found.

Whether examining refugee situations in the 1920s or in 2022, I've seen how the promotion of self-reliance and livelihoods often comes at the expense of refugee well-being and protection. This knowledge demands a closer look at current trends in refugee self-reliance programming, and whose interests are being served.

Refugee labour has commonly been used to further the aims of host countries, and even international agencies, sometimes at the expense of refugees' own livelihoods.

In the 1920s, for example, humanitarian agencies and the League of Nations sought to help refugees in Greece become commercial farmers. They were encouraged to take out loans to grow cash crops such as tobacco. But then tobacco rapidly dropped in price on the global market. The livelihoods encouraged by humanitarians led to refugees becoming bankrupt and struggling to feed their families.

In this instance, a drive to boost Greece's export economy came at the expense of refugees. Encouraging subsistence farming or crop diversification might have yielded better results. These approaches focus on refugee needs rather than that of their host country or the global economy.

Attempts to foster refugee self-reliance in east Africa in the 1970s often came through farming. Attempts were made to coerce refugees to farm cash crops in collective settlements. Reports document that refugees were put into camp prisons for fishing instead of farming.

By 1985 most settlements were food-insecure and thus considered failures. “Self-reliant” refugee settlements – defined at this time as those growing enough to feed inhabitants – generally held just a few thousand refugees. Thousands of others had left, seeking to create their own lives and livelihoods beyond the purview of the humanitarians tasked to help them.

My research shows that refugee self-reliance and livelihoods programming is not developed in a vacuum. Instead it is influenced by national and international economic, social and political trends.

In the 1920s programming focused on settling refugees on farms or placing them into formal work, such as the International Labour Organization's employment-matching scheme . This reflected a perception of refugees as labour migrants, the availability of agricultural land in countries like Greece, and significant shortages in labour markets in countries like France. In the 1980s in Pakistan, self-reliance assistance for Afghan refugees shifted to fostering entrepreneurship, reflecting not necessarily refugees' skill sets but their restrictions on land use by the Pakistani government.

Today, refugees are encouraged to join the informal sector, sometimes even as host states crack down on it . Fostering refugee self-reliance through digital remote work is also on the rise. These changes reflect global trends in the world of work – perhaps more than they reflect opportunities for wide-scale refugee self-reliance. Sometimes these routes to livelihoods are promoted to help agencies avoid hard conversations about refugee rights in the first place.

Self-reliance in the 21st century

Today humanitarian and development actors need to reconsider how to help refugees in the face of global economic, political, and social upheaval and change. These changes include the normalising of violations to the 1951 Refugee Convention, and more frequent and severe climate shocks to economies. COVID-19 has shown the precarity of refugees' lives. The UN Refugee Agency found that 74% of refugees could meet just half or less of their basic needs.

Discussions on refugee self-reliance and livelihoods must be premised on refugees' access to national social protection systems . Linkages to wider efforts to improve the decency of informal work, in which most refugees are involved, has the potential to improve many refugee livelihoods. Serious consideration must also be given to promoting refugees' rights not to work in instances where the only work available is dangerous and exploitative. And there are important ongoing conversations about moving beyond the economic focus of self-reliance to encompass its multi-dimensional definition .

Forces influencing refugee self-reliance are much greater than what any livelihood training can achieve. Acting on this understanding is crucial for refugee self-reliance to be a concept worth promoting in the future. If this does not happen, then it is neither a meaningful nor reasonable objective of the international refugee regime.

Evan Easton-Calabria does not work for, consult, own shares in or receive funding from any company or organization that would benefit from this article, and has disclosed no relevant affiliations beyond their academic appointment.

By Evan Easton-Calabria, Senior Researcher at the Feinstein International Center, Tufts University, and Research Associate at the Refugee Studies Centre, University of Oxford

Hottest Photo Reports
Catch up with all the political quotes from our politicians.
Advertise here
More from Article
ModernGhana Links
Exploring The Potential For Citizen Participatory Practices In Environmental Decision-Making In Mining Communities In Ghana
As tidal waves and storm surges rise, governments and NGOs seek solutions to the underlying problem: Climate change
Kenya's election: institutional safeguards are still a work in progress
TOP STORIES