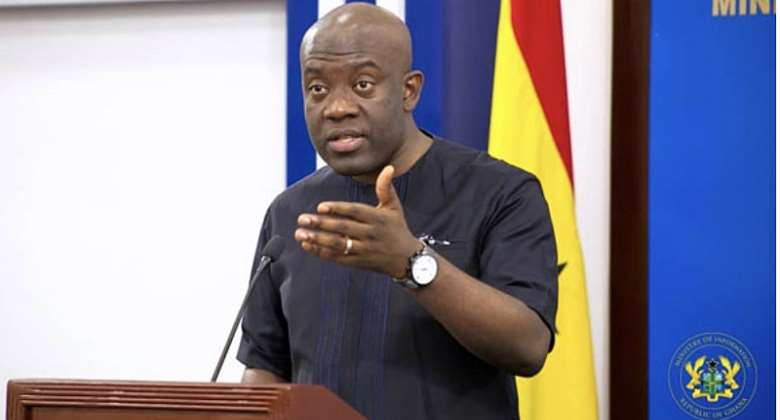 Information Minister, Kojo Oppong Nkrumah has says Ghana’s economy before the coronavirus pandemic was on track.

He explained that Ghana's economy started struggling when the covid-19 pandemic struck including world economies and more recently the Russia-Ukraine war.

“The reasons that have brought us here are quite clear. If you look at the performance of Ghana's economy between 2017 and 2019, yes there were still some structural challenges in Ghana's economy but the economy was performing way better based on them, in particular, fiscal and monetary and policy measures and the broader economic measures that the administration was rolling out.

“And so the results were that we were growing better, inflation was going down, interest rates were going down; we were having the opportunities to create some more jobs and some more development programmes in the economy,” he explained.

Justifying the IMF move was necessary, he noted it will help the country recover from the shocks caused by external factors.

"Now there's a high food price all over the world, high fuel prices, high cost of financing. And it is biting the Ghanaians a lot. Do you have the domestic buffer still to respond to them? You don't. you're now just trying to recover and rebuild."

A portion of his statement in an interview on the Accra-based, TV3, sighted by this portal on the station's Twitter handle on Monday, July 4, 2022, the Information Minister explained how government's initial plan to rebuild the economy has suffered warranting an IMF move.

He noted that the President want to engage the IMF so it can stimulate the possibility of receiving balance-of-payment support from the IMF to assist in rebuilding Ghana's buffers and help solve the crisis.

"If you look at all your options, despite the initial thinking that you could rebuild those buffers domestically, the president has decided that it's important we start engaging with the fund with the possibility of getting the balance of payment's support from them to help us rebuild our buffers and better mitigate what's happening around the world and happening here in Ghana as well," he stated.