U/W/R: NDC swears in over one thousand defected PPP members 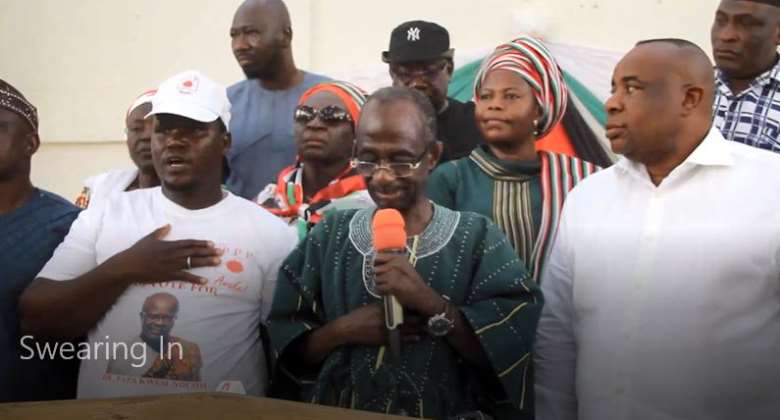 The National Democratic Congress (NDC) has accepted over one thousand Progressive Peoples Party (PPP) members who have defected to the opposition party in Wa in the Upper West Region.

The PPP members have taken the decision to become members of the largest opposition party over displeasure with happenings in their party.

Led by the Regional Chairman of the PPP, Mr. Adams Osman, the defectors say they no longer find the party attractive with the right values.

Arguing that the NDC is now the most attractive party in the country, over one thousand people have now joined the NDC hoping to help the party to recapture power in the next general elections.

On Sunday, July 3, 2022, the NDC officially held a ceremony to swear in the defectors into the umbrella party.

At the event attended by all constituency and regional executives of the NDC, General Secretary Johnson Asiedu Nketia urged the new members to show high level of commitment.

The NDC scribe further urged members of the various opposition parties in the other regions to follow in the footsteps of the PPP defectors.