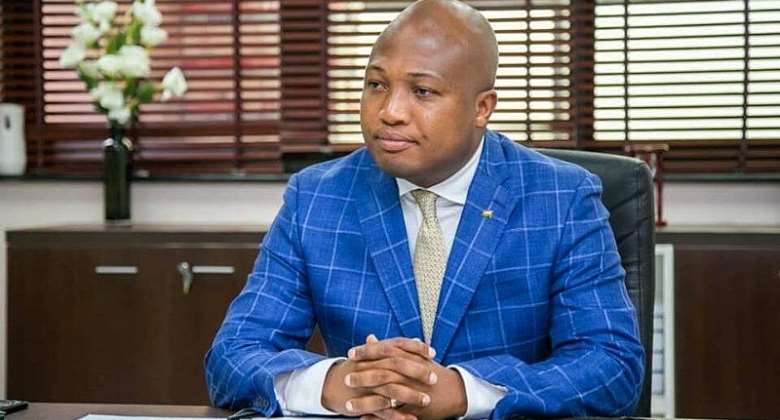 The Member of Parliament for the North Tongu Constituency has urged government to take responsibility and apologise to Ghanaians for running to IMF following its earlier comments.

He is asking government to be candid enough and scrap the E-Levy.

According to him, government said it was with either E-levy or IMF.

He noted that since the E-levy failed to achieve the purpose for which it was hurriedly implemented, it should be scthe scrapped since government has already agreed to an IMF bailout.

“You gave Ghanaians two options: E-Levy or IMF. Having opted for the IMF, any honest government will scrap the unconstitutional and repugnant E-Levy immediately,” he made this statement in a tweet on Friday, July 1, 2022.

Although this claim has been flatly refuted by many government officials, including the Information Minister, Kojo Oppong Nkrumah, who believes it is too early for the government to stop collecting the E-levy, Mr. Ablakwa, who is also a Ranking Member of Parliament's Foreign Affairs Committee, has insisted that if the government does not want the IMF excuse to linger, it should abolish the E-levy and apologize for the economic mismanagement.

“If govt doesn’t want its IMF crisis communication strategy to backfire as it is appearing, it should first: STOP collecting the unconstitutional & obnoxious E-Levy.

“Apologise to Ghanaians for the economic mismanagement & the blatant falsehood that they won’t seek an IMF bailout,” he said in a tweet on Monday, June 4, 2022, cited by Modernghana News.